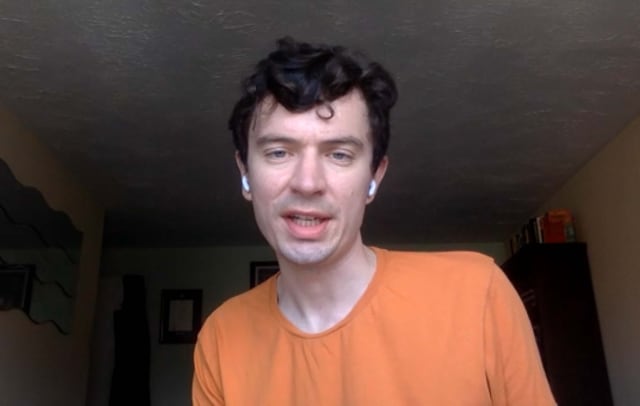 A volunteer on the Oxford-AstraZeneca Covid trial says he is proud to have played a “small but important” role in the development of a vaccine.

After Monday’s reports on the effectiveness of Pfizer’s Covid-19 vaccine, focus will shift to the Oxford University-led trial which is expected to release some data soon.

Among the volunteers for that trial was Jack Sommers, a freelance journalist from south-west London.

He told PA news agency: “In years to come we’ll always remember this, in decades we’ll remember this, in 50 years we’ll talk about the coronavirus lockdown – we might even still be living in its shadow, I think it will change things forever.

“So when I’m asked ‘what did you do in coronavirus lockdown?’ – I didn’t write a novel, I didn’t become an Olympian, but I did take part in a vaccine trial and that’s a story I’ve told many times in the last six months and I imagine I’ll probably tell in some form or other for the rest of my life.

“It’s almost like ‘what did you do in the great vaccine attempt?’ and people will say that in years to come and I can say I did this – it’s small but important.”

Mr Sommers, 35, has received two shots – one in May and a booster in September – of either the experimental Oxford vaccine or a placebo.

As it is a double blind trial, Mr Sommers has no idea whether he was given the experimental vaccine or the placebo – which in this case was an approved meningitis vaccine expected to produce similar side effects.

Mr Sommers’s own side effects were mild – a slightly raised temperature and a pain in his shoulder from the first jab, and almost nothing from the second.

While he will not receive another jab as part of the trial, he is still scheduled to have a check-up in the new year and continues to fill in a weekly survey of his social activities.

“It obviously predates lockdown because it asks questions like ‘how many times have you been to a theatre?’ – it’s like, well obviously none,” he said.

“They’re trying to assess our exposure to it because that’s a crucial part of it.”

He said he was “unconditionally happy” at Monday’s news about the apparent effectiveness of the Pfizer vaccine.

“It just reminded me that this is going to end one day,” he said.

But he is still awaiting data from the Oxford trial with anticipation.

He said: “It’s been talked up a lot and it sounds promising and it sounds like it will reach fundamentally the same conclusion, which is that two doses of the Oxford Vaccine does give lasting immunity.

“How effective – whether it’s 90% effective like the Pfizer one we’ll have to see – but I am looking forward to it.

“It’s like another football team I don’t support has scored and I’m still watching my team and hoping they score. I’m waiting for that to happen and pretty confident that it will.”