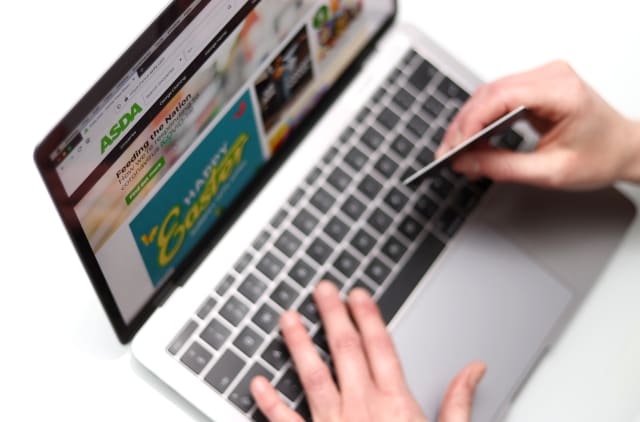 A record-breaking 5.9 million shoppers bought food online last month but there was “limited evidence” of panic buying ahead of the second lockdown, according to new figures.

The latest supermarket data from Kantar showed UK grocery sales jumped 9.3% higher to £29.4 million during the 12 weeks to November 1 as the number of online customers reached a new high amid the pandemic.

But Kantar said initial figures showed little sign of stockpiling despite the two-week firebreak in Wales and the new lockdown in England, which came into effect last Thursday.

It showed sales increased by 9.4% in the most recent four weeks, similar to the overall rise in the quarter.

But shoppers rushed to snap up Christmas gifts ahead of the four-week lockdown, with Kantar revealing toy and entertainment stores more than doubled their share of pre-Covid footfall between Monday to Wednesday last week.

Kantar also revealed internet shopping hit its highest ever level in Wales in the second week of the country’s two-week “firebreak” lockdown, now accounting for 16.2% of the market.

It said Welsh shoppers increased their spending by an average of £10 during the first week of the lockdown, which has now ended.

Fraser McKevitt, head of retail and consumer insight at Kantar, said: “While there was some uplift in Wales, the increased spending did not provide any evidence of stockpiling, and initial figures suggest no sign of panic buying in England either.

“But one thing is always front of mind at this time of year – Christmas – and it seems many people sought to get ahead with gift buying before stores closed.”

The data showed Morrisons – Britain’s fourth biggest supermarket group – was the best performer of the Big Four grocers, with sales up 11.4% over the 12-week period and its market share increasing to 10.2% from 10% a year ago.

But it was Iceland that saw a stand-out performance, with sales racing 17.9% higher as shoppers looked to stock up on frozen food and long-lasting provisions to see them through the coronavirus crisis.