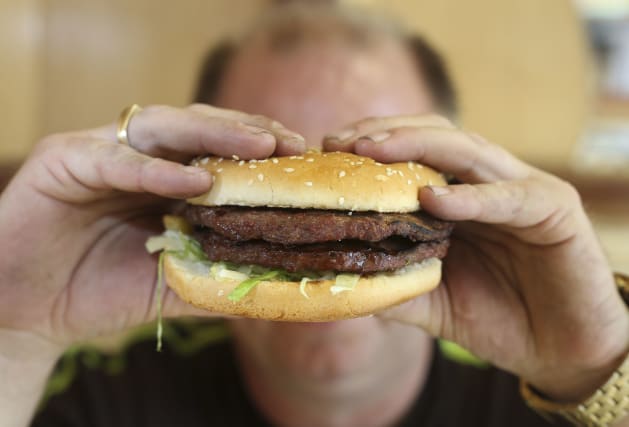 A new consultation from the Department of Health and Social Care will run for six weeks to try and understand the impact of introducing a total ban on advertising junk food online.

However, the scope of the plans were labelled “insane” by one think tank, who warned foods such as avocados, marmite, mustard and hummus could be affected, alongside fish and chips, and curry.

Health Secretary Matt Hancock said: “I am determined to help parents, children and families in the UK make healthier choices about what they eat.

“We know as children spend more time online, parents want to be reassured they are not being exposed to adverts promoting unhealthy foods, which can affect eating habits for life.

“This will be a world-leading measure to tackle the obesity challenges we face now but it will also address a problem that will only become more prominent in the future.”

Research has found one in three children leave primary school overweight, or obese, and almost two-thirds of adults in England are overweight or living with obesity.  It also found children are exposed to 15 billion adverts for products high in fat, sugar and salt (HFSS) every year.

The move was welcomed by the Obesity Health Alliance (OHA) and the British Heart Foundation (BHF).

“That’s why food companies spend hundreds of thousands every year, to ensure that their unhealthy products remain in the spotlight.”

“This must be implemented swiftly alongside a 9pm junk food marketing watershed on TV and a comprehensive set of other measures to create a healthy environment.”

However, plans have been criticised by campaigners, and the Food and Drink Federation said it “beggars belief” the industry had only been given six weeks to respond.

Head of UK diet and health policy Kate Halliwell said: “It could not come at a worse time for food and drink manufacturers — the industry is preparing for its busiest time of the year and working flat out to keep the nation fed through lockdown, all while facing down the very real threat of a no-deal Brexit.”

Matt Kilcoyne, from the Adam Smith Institute, said: “Under the plans, you could advertise a lamb joint as long as it’s uncooked, but if it is roasted you can’t.”

Mr Kilcoyne said the messaging from the Government was “muddled” as many of the foods celebrated by Defra’s Food Is Great campaign — including salmon, cream teas and whisky — would be excluded from advertising in the UK.

Advertising campaigners said the plans would also deal a “huge blow” to a sector already dealing with the impact of Covid-19.

In a joint statement, the leaders of the Advertising Association, the Incorporated Society of British Advertisers, the Institute of Practitioners in Advertising and the Internet Advertising Bureau UK said: “To borrow the Prime Minister’s language, this is not an ‘oven-ready’ policy; it is not even half-baked.

“But it does have all the ingredients of a kick in the teeth for our industry from a Government which we believed was interested in prioritising economic growth alongside targeted interventions to support health and wellbeing.”