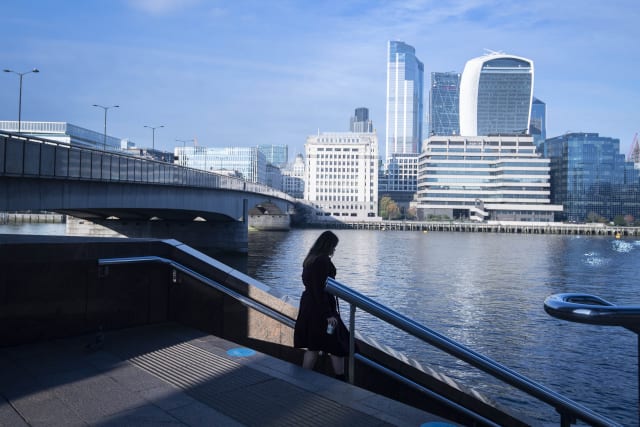 New powers are being pushed by the Government to boost investigations into mergers, buy-outs and other business deals that could threaten national security.

The National Security and Investment Bill would see investors and businesses forced to tell Whitehall about proposed deals in areas like defence and artificial intelligence (AI), the Department for Business, Energy and Industrial Strategy (BEIS) said.

Under the move, Government screening powers will be expanded to include intellectual property as well as companies.

Firms involved will have to inform the Government about certain types of transactions in designated areas considered sensitive, such as defence, energy and transport, BEIS said.

Mr Sharma said: “The UK remains one of the most attractive investment destinations in the world and we want to keep it that way.

“But hostile actors should be in no doubt – there is no back door into the UK.

“This Bill will mean that we can continue to welcome job-creating investment to our shores, while shutting out those who could threaten the safety of the British people.”

The proposed legislation is aimed at strengthening the ability to investigate and intervene in potentially hostile foreign direct investment that threatens UK national security.

The Bill would see the Government being able to “scrutinise, impose conditions on or, as a last resort, block a deal in any sector where there is an unacceptable risk to national security”, BEIS said.

The department said investments would be screened faster than under the current system.

Transactions would be assessed within 30 working days, with timelines set out in law rather than by the Government on a case-by-case basis, as is currently the situation, BEIS said.

Under the new regime, an Investment Security Unit will be housed within BEIS to “provide a single point of contact for businesses wishing to understand the Bill and notify the Government about transactions”.

A BEIS spokesman said: “The unit will also co-ordinate cross-Government activity to identify, assess and respond to national security risks arising through market activity, providing certainty for businesses that they will not be targeted and exploited by hostile actors.”