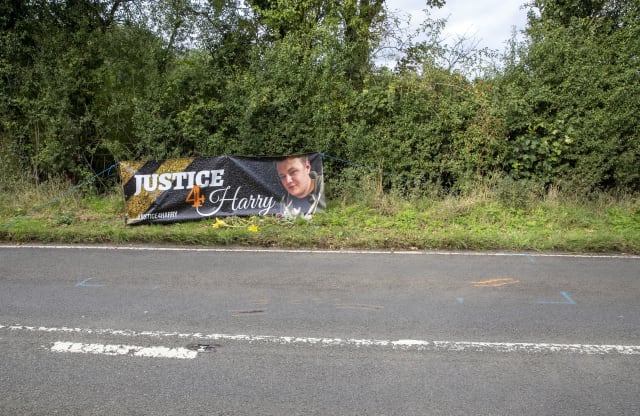 Harry Dunn’s parents face a High Court battle with the Foreign Office over the diplomatic immunity asserted on behalf of the teenager’s alleged killer.

Here are the key events following the 19-year-old’s death:

Motorcyclist Harry Dunn collides with a Volvo outside RAF Croughton in Northamptonshire.

He is taken to the John Radcliffe Infirmary in Oxford but is pronounced dead shortly after arrival.

A briefing note copied to the Foreign Secretary’s private office reveals the concern for the potential for “very unpalatable headlines”.

A request to waive diplomatic immunity claimed by Ms Sacoolas is formally rejected by the US.

A senior Foreign Office official sends a text message to their US counterpart saying: “I think that now the decision has been taken not to waive, there’s not much mileage in us asking you to keep the family here. It’s obviously not us approving of their departure but I think you should feel able to put them on the next flight out…”

Ms Sacoolas leaves the country on a United States Air Force plane, but the Dunn family are not informed of her departure until three weeks later.

Northamptonshire Police are also not told that she has left the UK.

Police write to the US embassy in London to demand immunity is waived.

Prime Minister Boris Johnson says the US should “reconsider its position” on the immunity given to Ms Sacoolas.

Mrs Charles and Mr Dunn attend a meeting with the Foreign Secretary which leaves them “angry and frustrated” and feeling as though it was a “publicity stunt”.

Mr Johnson speaks to Mr Trump personally to ask him to reconsider the US’s position.

Ms Sacoolas breaks her silence and issues a statement through her lawyer, saying the crash left her “devastated”.

Mr Dunn’s family hold a press conference in New York after taking their fight for justice to the US.

Mr Dunn’s family announce their intention to launch a judicial review into the advice given by the Foreign Office to Northamptonshire Police over the diplomatic immunity given to Ms Sacoolas.

The White House calls an “urgent” meeting with Mr Dunn’s family and they have talks with Mr Trump.

Mrs Charles and Mr Dunn refuse to meet Ms Sacoolas, who was in the room next door as they met Mr Trump.

Northamptonshire Police confirm they had interviewed the suspect in the case in the US and were passing the file of evidence to the CPS.

The Home Office submit an extradition request for Ms Sacoolas.

The Home Office say the refusal of their extradition request amounts to a “denial of justice”.

The Foreign Secretary said the UK “would have acted differently if this had
been a UK diplomat serving in the US”.

The family receive an email from Northamptonshire Police saying Ms Sacoolas is “wanted internationally” and reports of an Interpol Red Notice being issued for the suspect follow.

The US State Department say the decision not to extradite Ms Sacoolas is “final” after Interpol Red Notice claims.

The family announce their intention to bring a private prosecution against the Foreign Secretary, accusing him of misconduct in a public office and perverting the course of justice.

The family are refused documents on the UK’s secret agreement with the US in their first High Court battle with the Foreign Office.

Mr Raab announces that the “anomaly” which allowed Ms Sacoolas to claim diplomatic immunity following the road crash that killed Mr Dunn has been amended.

Harry Dunn’s parents drop their legal claim against Northamptonshire Police after concluding the force is “absolved of any blame”.

The Lord Chancellor said Attorney General Suella Braverman was considering the possibility of trying Ms Sacoolas virtually or in her absence.

Harry Dunn’s parents file a civil claim against Anne Sacoolas in the US.

Anne Sacoolas’s legal representatives admit the suspect had been driving on the wrong side of the road for 20 seconds prior to the crash.