Harry Dunn’s mother ‘confident’ but ‘apprehensive’ ahead of court battle 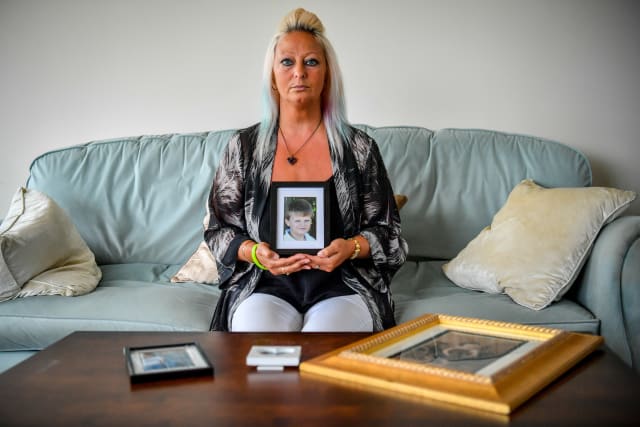 Harry Dunn’s mother has said she is “confident” but “naturally apprehensive” ahead of the family’s High Court battle with the Foreign Office.

Charlotte Charles told the PA news agency that a defeat would not deter her from seeking justice for her son – adding: “Everyone knows the diplomatic immunity is not intended for somebody to kill someone and walk away.”

Mr Dunn’s mother said the Foreign Commonwealth and Development Office (FCDO) “should never have put us through this in the first place” as her lawyers seek to assert that suspect Anne Sacoolas did not have diplomatic immunity at the time of her son’s death.

Asked how the family were feeling ahead of the hearing, Mrs Charles said: “Confident. Thankfully our lawyers seem extremely confident and that’s giving us confidence.

“We’re naturally apprehensive as well because it’s a court case. None of us have ever stepped foot anywhere near a court case before.

“We’re a law-abiding family so we’ve never had any dealings at all with any judges or courts prior to June when we had our preliminary hearings.

“So we’re pleased that it’s here and we just want to get it going now. Bring it on.”

One of the successes of the family’s 14-month campaign was the change to the agreements at RAF Croughton in Northamptonshire surrounding diplomatic immunity.

Foreign Secretary Dominic Raab announced that “the US waiver of immunity from criminal jurisdiction is now expressly extended to the family members of US staff” at the base, “ending the anomaly in the previous arrangements”.

Commenting on whether she had managed to reflect on the campaign up until this point, Mrs Charles said: “Not really. Sadly because of everything we’ve been put through by the UK and the US governments, we haven’t been afforded the time that we’ve even needed to to grieve, let alone try to reflect on how far we’ve come since this time last year.

“One day, one day we will get that time to sit and reflect.”

Mrs Charles also said the result of the US presidential election “gave us a little bit of something to smile about”.

Questioned on whether she believed things were starting to go the family’s way after the US voted for a new President, Mrs Charles said: “I think Harry is starting to do his work up there.

“He’s certainly kept us busy, since we lost him. So I can but hope that him and the other angels that are up there, from other people that have lost their loved ones, are working really hard together for us.

“The change of presidency certainly gave us a little bit of something to smile about.

“I was extremely worried that President Trump was going to get back in.

“Not because I felt like my determination was going to waver over the next four to four-and-a-half years that we would have had him – it was just that thought of not being able to start to rebuild our lives.

“And I owe it to Niall (Mr Dunn’s brother) and I owe it to my husband… to try and at some point properly rebuild, and I felt that if President Trump got in again, that rebuilding would have been put back on hold – with or without our court case.”

Asked if she was angry that the family were going into the judicial review on bad terms with the FCDO, Mrs Charles said: “There’s always been an anger there. The FCDO have tried on many occasions to try to, in their eyes, work with us.

“I just look at that as them trying to dampen our anger down, trying to soften us, trying to possibly get us to drop this judicial review.

“So naturally there’s an anger there. They should never have put us through this in the first place.

“Everybody knows now that they allowed her to leave unlawfully without us bringing the judicial review.

“We have a lot to thank the judicial review for already, even prior to getting to court, because we know so much more than we knew last year.

“It’s horrible to read, it’s despicable to read. But without doing the judicial review we wouldn’t have known.

“Maybe, just maybe they’d have gotten away with what they’ve done, but we’re not allowing that to happen. We want people to be held accountable for putting us through the last 14 months.”

Another boost for the family in recent weeks has been a letter sent by the Crown Prosecution Service (CPS) to Sacoolas’s legal representatives in which they urged her to surrender to the UK court.

Asked if she felt the CPS were fighting the family’s corner in her quest to  get justice for her son, Mrs Charles said: “Definitely.

“I don’t think I ever thought I would hear them coming out saying that they were going to put in for another extradition request and that’s exactly what they’re going to do.

“That fills me with a little bit of confidence.

“I don’t want to carry on just existing through life and feeling like we’re the only ones that are fighting in our corner.

“To know that we’ve got Max Hill and his team at the CPS on board is an amazing feeling.”

Speaking about whether a defeat in the judicial review would stop her campaigning to get justice for her son, Mrs Charles said: “Absolutely not. At the end of the day diplomatic immunity still don’t cover somebody, no matter what their status, to allow them to kill and walk away.

“It is not there for that it’s never been intended for that.

“So we will just revert straight back to that issue.

“The Democrats and the Republicans that we met on Capitol Hill, going back a long, long time ago now, nearer to the beginning of the campaign, they all sat there in that room with us on Capitol Hill and agreed that what has gone on is both morally and legally indefensible.

“To sit there in the Senate, and hear both Republicans and Democrats say that, I hold on to that a lot, because they fully believed back then that she had diplomatic immunity yet they still sat there and said that.

“Everyone knows the diplomatic community is not intended for somebody to kill someone and walk away.”