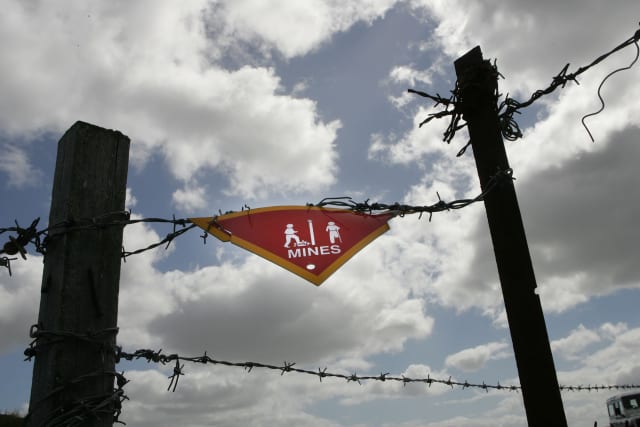 Almost 40 years after the Falklands War ended, the islands have been cleared of the deadly minefields laid during the conflict.

The legacy of the 1982 war with the occupying Argentine forces had meant large areas of the islands had been off-limits.

A local celebration later this month will see islanders mark the moment with the ceremonial detonation of the final landmine and games of cricket and football on reopened beaches.

Foreign Office minister Wendy Morton said: “This is a huge achievement for the Islands and we must pay tribute to the brilliant team of deminers who put their lives at risk day to day removing and destroying landmines to make the Falklands safe.”

The UK-funded programme in the Falklands, carried out by a team from Zimbabwe, started in 2009 and has completed its dangerous mission in the South Atlantic three years ahead of schedule.

The removal of the mines laid during the conflict with Argentina means the UK has now met its obligations set by the Anti-Personnel Mine Ban Convention.

There are now no anti-personnel mines laid on British soil anywhere in the world.

The Falklands will be officially declared landmine-free on November 14 in a local celebration.

Ms Morton said: “Our commitment to ridding the world of fatal landmines does not end with our territories being mine-free.

“A further £36 million of UK funding will allow demining projects across the world to continue, protecting innocent civilian lives.”