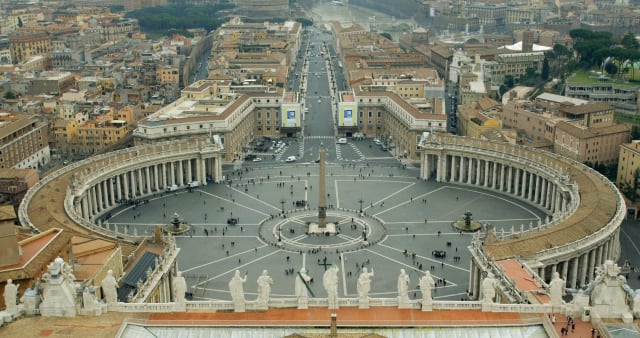 The pope and his office has been criticised for failing to fully cooperate with an investigation into historical abuse in the Catholic Church in England and Wales.

The Independent Inquiry into Child Sexual Abuse (IICSA) said “very little information” was provided by the pope or his advisers, despite repeated requests to assist.

The latest strand of the inquiry found child sexual abuse was “swept under the carpet”, and that church leaders “conveyed on occasions a grudging and unsympathetic attitude to victims”.

Publishing its findings on Tuesday, the inquiry said the Holy See, the pope and the offices of the Catholic Church based in Rome, did “little more than confirm the bishops’ authority within their own dioceses and provide documents already within the public domain”.

It said: “As recently as May 2019, the pope made his position on child sexual abuse clear – there needed to be action not just words.

“This pronouncement stands in direct contrast to the limited information the Holy See provided to the inquiry.

“In responding in this way, the Holy See’s stance was contrary to the spirit of its public statements and it missed the opportunity to demonstrate its engagement and leadership on the issue of child sexual abuse.”

It added: “The Holy See’s limited response on this matter manifestly did not demonstrate a commitment to taking action.

“Their lack of cooperation passes understanding.”

Cardinal Vincent Nichols, the most senior Catholic leader in England and Wales, who was accused of putting the reputation of the church above his duty to sex assault victims, told the PA news agency he offered to resign upon reaching his 75th birthday recently, but that the offer was declined by the pope.