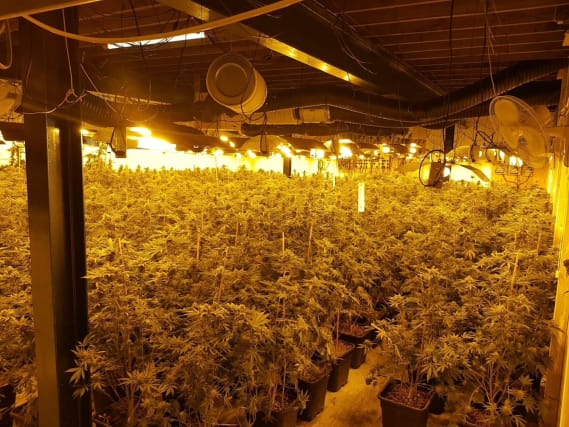 Cannabis worth around £500,000 has been seized by police after officers raided a suspected drug farm.

Several people were arrested after the major operation on Monday and remain in custody.

The haul was discovered after officers from one of the force’s tactical enforcement units carried out a proactive stop-check in Angmering, West Sussex at 11.30am.

They found a huge quantity of the Class B drug, believed to have a street value of about £500,000.

Several men were arrested on suspicion of being concerned in the production of cannabis and remain in custody for questioning.

Inquiries are under way as officers work to establish the involvement of those arrested and of any additional suspects.

District Commander Chief Inspector Jon Carter said: “We work tirelessly to reduce harm in our local communities and would ask anyone with information or concerns to make the right call and report it to us.”