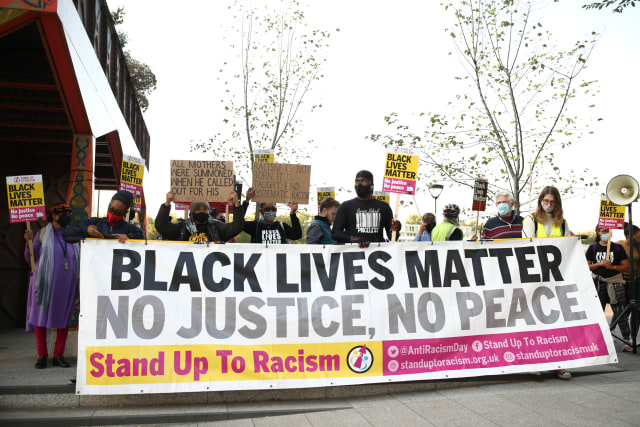 Urgent action must be taken to ensure black people’s human rights are protected equally to those of white people, MPs and peers have said.

The calls come after the findings of an inquiry by the Joint Committee on Human Rights suggested black people in the UK were in “no doubt” the protection of their rights was “inferior” to those of white people.

The Government, NHS and police must now “take action to end the stark inequalities in the protection of human rights of the black community”, the committee said.

It also suggested automatic voter registration should be considered after raising concerns 25% black people in the country are not registered to vote compared to a 17% average across the population.

Committee chairman Harriet Harman said: “The whole point about human rights is that they are supposed to be universal.

“Yet here in the UK it is clear that black people are in no doubt that the protection of their rights are inferior to those of white people.

“We urge the Government to take specific actions which will ensure black people have equal human rights.

“Commissioning reports and apologising is not enough.”

The findings come after the committee commissioned a survey of around 500 black people asking their perceptions of whether their human rights are equally protected compared to white people.

– The public inquiry into the Covid-19 response prioritises considering how black people may have been disproportionately affected.

– The NHS set a target to end “the maternal mortality gap whereby black women are more than five times as likely to die in pregnancy or childbirth than white women”.

– The police take steps to “build the confidence of the black community” and publish polling on black people’s confidence in the police.

– Promised improvements in the wake of the Windrush scandal should be brought in, in full, as a matter of urgency.

The report added: “The Equality and Human Rights Commission (EHRC) has been unable to adequately provide leadership and gain trust in tackling racial inequality in the protection and promotion of human rights.

“There should be a highly visible national organisation to champion and press for progress on ending race inequality.

“For the EHRC to be, and be seen to be, effective, it needs more resources, stronger enforcement powers and must include black commissioners.”