What does the Pfizer vaccine announcement mean for me? 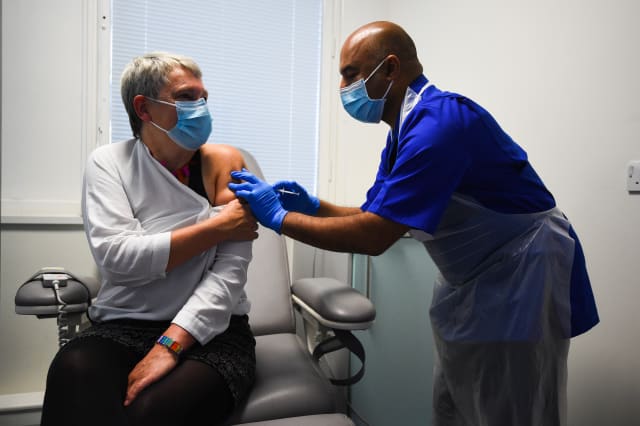 Is this big news?

Yes. These are interim findings and studies will continue but analysis shows that the Pfizer vaccine can prevent more than 90% of people from getting Covid-19.

The vaccine has been tested on  43,500 people in six countries and no safety concerns have been raised.

Pfizer plans to apply to the US regulator the Food and Drug Administration (FDA) for emergency approval to use the vaccine by the end of the month.

The analysis was carried out after 94 confirmed cases of Covid-19 were found among those taking part in the trial.

What type of vaccine is this?

The jab is known as a messenger RNA (mRNA) vaccine.

What are the advantages of this type of vaccine?

No actual virus is needed to create an mRNA vaccine. This means the rate at which the vaccine can be produced is dramatically accelerated.

As a result, mRNA vaccines have been hailed as potentially offering a rapid solution to new outbreaks of infectious diseases.

They can also be modified reasonably quickly if, for example, a virus develops mutations and begins to change.

mRNA vaccines are also cheaper to produce than traditional vaccines. But both will play an important role in tackling Covid-19.

All vaccines undergo rigorous testing and have oversight from experienced regulators.

Some believe mRNA vaccines are safer for the patient as they do not rely on any element of the virus being injected into the body.

mRNA vaccines have been tried and tested in the lab and on animals but the coronavirus vaccine will be the first one licensed for use in humans.

The human trials of mRNA vaccines – involving tens of thousands of people – have been going on since early 2020 to show whether it is safe and effective.

Pfizer will continue to collect safety and long-term outcomes data from participants for two years.

Do we have enough doses to vaccinate the UK population?

The UK has secured 40 million doses of the Pfizer/BioNTech vaccine – the first agreement the firms signed with any government.

It is thought people will need two doses, meaning not enough shots have been secured for the entire UK population.

However, it is likely other vaccines will announce results from their clinical trials shortly.

Who will be vaccinated first?

The Joint Committee on Vaccination and Immunisation (JCVI) has examined data on who suffers the worst outcomes from coronavirus and who is at highest risk of death.

Its interim guidance says the order of priority should be: