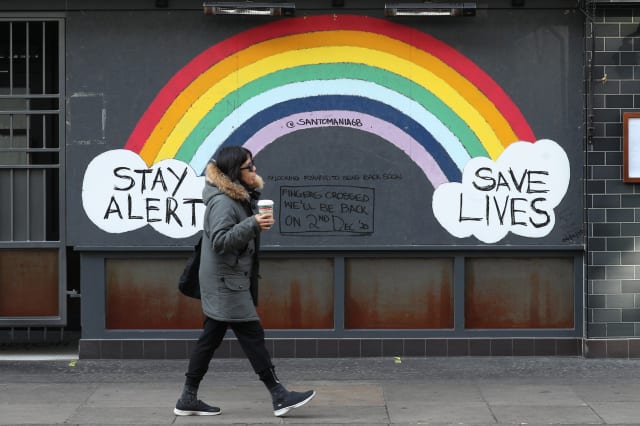 Just over 65,000 deaths involving Covid-19 have now occurred in the UK, according to the latest available figures.

A total of 61,498 deaths have so far been registered in the UK where Covid-19 was mentioned on the death certificate, according to reports published last week by the Office for National Statistics, the National Records of Scotland, and the Northern Ireland Statistics and Research Agency.

But since these figures were compiled, a further 3,526 deaths are known to have occurred in the UK, according to additional data published on the Government’s coronavirus dashboard.

In Scotland, 77 deaths occurred between November 2 and 7, while in Northern Ireland 49 deaths took place between October 31 and November 5.

When all these totals are added together, it means that so far 65,024 deaths involving Covid-19 have taken place in the UK.

All figures are based on the most recent update of the coronavirus dashboard, which took place on Sunday afternoon.

The Government’s preferred measure of the official death toll, which counts only those people who died within 28 days of testing positive for Covid-19, currently stands at 49,044.

This particular measure is likely to pass 50,000 later this week.