The efforts to develop a Covid-19 vaccine 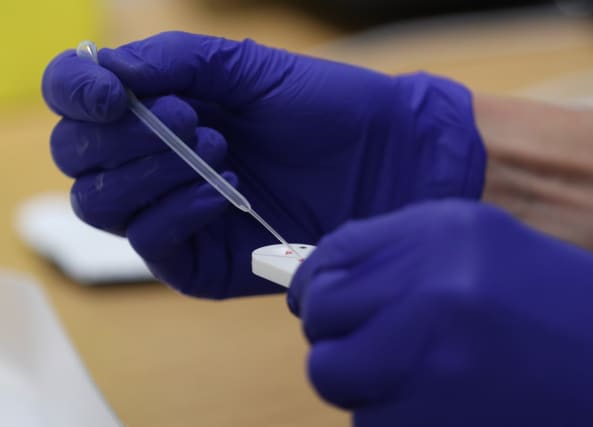 The NHS has said it stands ready for whenever a coronavirus vaccine is approved by regulators.

Work has been going on behind the scenes to ensure that staff are ready to start delivering jabs to the most vulnerable, as well as health and care workers, as a priority.

Apart from the work of scientists and academics, months of work has gone into preparing for the delivery of a vaccine.

Mass vaccination clinics have been proposed, with a number of venues suggested, including sports halls, leisure centres and even the Copper Box stadium in London’s Olympic Park.

The NHS Nightingale Hospitals have also been earmarked as sites for mass vaccination clinics – among other uses.

In addition, NHS leaders have said there will be “roving teams” deployed to vaccinate care home residents and workers.

Consideration will also have to be given to the storage of the vaccine, with some of the vaccine candidates needing special storage in ultra-low temperature freezers, not the typical fridges which are found at a run-of-the-mill GP surgery.

And health leaders have been in discussions over how to get people to return for any subsequent doses if needed.

There are more than 200 vaccine candidates in clinical trials.

But rather than buying stock of each, the Government created a taskforce to pick the best six.

Once selected, it then ploughed millions of pounds into securing doses of each of the front-runners.

The taskforce has struck agreements to buy 350 million doses of vaccine candidates across a range of different types.

The Department for Business, Innovation and Skills said it has funded several vaccine manufacturing sites to ensure there is no “bottleneck” in production.

Vaccine transport has also been taken into consideration, and the additional personal protective equipment (PPE) needed for staff delivering the vaccines has formed part of the discussions.

Any new medicine has to be approved by regulators, and the Medicine and Healthcare products Regulatory Agency has been working to ensure that it prioritises reviews of Covid vaccines.

Regulators usually assess results at the end of the clinical trial process, but for some vaccine candidates it has said it will carry out a rolling data review to speed up the process.

In addition to the efforts of the Government, the health service and other arms-length bodies, people across the general population have helped research towards getting a safe vaccine.

More than 300,000 Britons have signed up to take part in clinical trials to test the safety and efficacy of a vaccine.