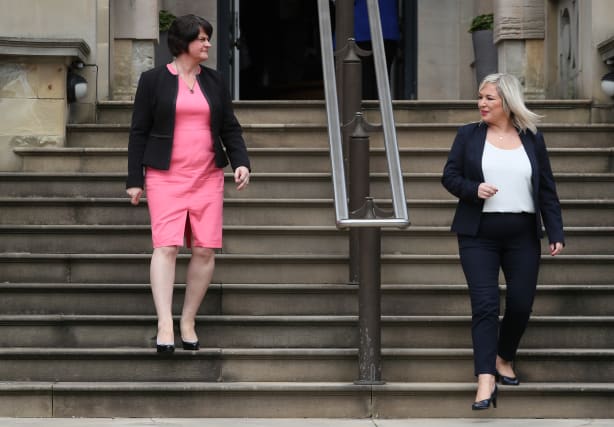 Stormont ministers have requested additional scientific evidence ahead of deciding whether to ease coronavirus restrictions in Northern Ireland.

Ministers in the powersharing executive adjourned a meeting on Monday morning to seek further data on the likely impact of certain relaxations, including the reopening of restaurants without alcohol being sold.

A four-week circuit break lockdown that has forced the closure of much of the hospitality sector in Northern Ireland is due to end on Thursday.

With hospitals still under sustained pressure dealing with Covid-19 admissions, ministers are set to extend some of the restrictions for a further two weeks.

However, they are considering relaxing some measures. It is understood these could allow cafes and restaurants to reopen, but without alcohol being sold.

Representatives from the hospitality sector have criticised that suggestion, insisting the inability to sell alcohol would make trading unviable.

It is understood the executive is also considering extending the closure of pubs that do not sell food for a further two weeks.

Ministers are also assessing whether close contact services, such as hairdressers and beauticians, could be allowed to resume, as long as strict restrictions are observed.

At Monday morning’s remote executive meeting, which lasted around an hour and 20 minutes, ministers requested further analysis on these proposals.

Ministers are due to reconvene on Monday afternoon to consider the information before making final decisions.

The scheduling of that meeting is somewhat complicated by the fact it is a sitting day at the Stormont Assembly and several ministers are due to answer questions in the chamber at various junctures through the day.

When decisions are taken, it is understood they will be announced in the Assembly by the first minister Arlene Foster and deputy first minister Michelle O’Neill.