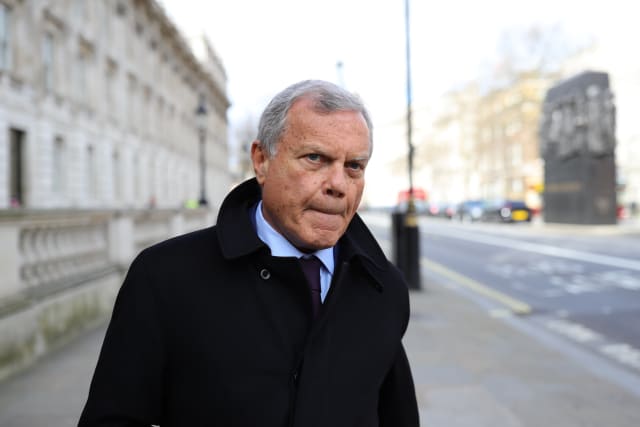 The digital advertising agency run by Sir Martin Sorrell saw its profit margins rise in the third quarter as the lid that Covid-19 had placed on growth was lifted but office and travel costs remained low.

S4 Capital said it is still on track to meet its 2020 forecasts that were put in place after the pandemic hit.

It has returned to normal recruitment, and reinstated the salaries of board members who took a 50% cut in March as Covid-19 hit the world economy.

“We continue to trade in line with ambitious internal and external targets, which now include doubling both top and bottom lines organically over the period 2021 to 2023,” said Sir Martin, an advertising veteran who built WPP to a global giant.

Since leaving WPP, he has relied heavily on acquisitions to help grow his new business, S4.

The most recent quarter was no different – the company bought four others, helping it to increase revenue by more than half.

But even stripping out those buys, like-for-like revenue increased by 13%, the firm said.

It has won three major contracts, and teased another so-called “whopper” which is now in sight.

S4 has targeted acquiring 20 clients who generate more than 20 million US dollars (£15 million) in revenue for the business each year, the so-called “whopper” contracts.

Sir Martin added: “We are optimistic about the macro prospects for 2021, particularly given the likely global GDP (gross domestic product) rebound; the probability of further vaccine, therapeutic and testing developments; Tokyo 2021 and Euro 2021; and, at a micro level, the progress we have already made with major new client assignments in 2020.”