Scheme to give addicts clinical-grade heroin hailed a success 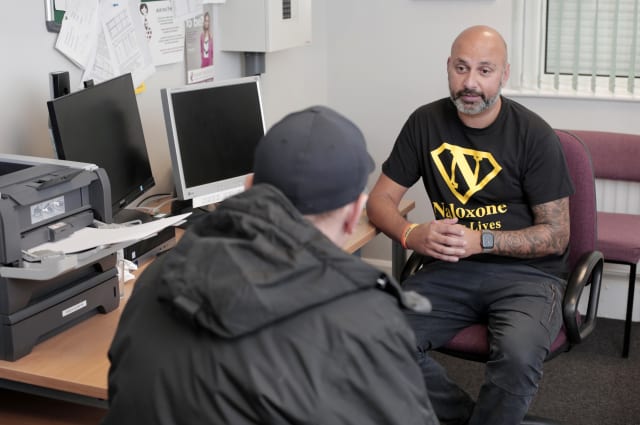 A scheme which gives entrenched heroin addicts two daily doses of diamorphine has had a dramatic impact on the local community in its first year, its director has said.

Seven of the 14 people who started Middlesbrough’s Heroin Assisted Treatment (HAT) programme remained on the scheme, which aimed to save lives and reduce crime.

Some had been addicted to street heroin for more than 20 years and all had tried other rehabilitation programmes without success.

Six of the seven remaining on the HAT scheme have participated in it for more than 30 weeks and before joining had committed 541 detected crimes, costing the public purse and victims more than £2 million.

Since joining, those six have committed three low-level offences.

None are sleeping rough, their use of other illicit substances has dropped and their mental health has improved, the programme said.

They have had 98% attendance at the Middlesbrough clinic where they come twice daily to inject medical-grade heroin in supervised, clean conditions.

While attending the clinic, they are encouraged to seek help for other issues they face.

Of the seven no longer on the HAT, one left voluntarily, four stopped for medical reasons and two left after committing crime.

The Home Office-licensed scheme launched in October 2019 and was part-funded by the Cleveland Police and Crime Commissioner’s office with cash seized from criminals under the Proceeds of Crime Act.

It has attracted funding for a second year, as well as national interest and a research grant has been awarded to academics to evaluate its effectiveness.

Clinical lead Daniel Ahmed said: “This is not a soft option, it’s a smart option.

“What we are doing is following an evidence base that is producing results.

“These individuals have been involved in the criminal justice system and part of tough sentencing regimes during their lives and it has not been effective.

“Through this pilot we have seen dramatic changes in individuals’ lives.

“That’s had a dramatic impact on the local community in terms of reduction in crime, increase in social stability and a reduction in anti-social behaviour so a real positive across the whole board.”

Julie, an addict from the age of 21 who is now a grandmother, joined the programme and says she no longer uses street heroin.

“Nothing… don’t remember last time I had heroin.”

James, who started the programme in October 2019, can now see past his addiction, having first tried heroin in prison in 1995.

He said: “Now I have got a focus and I know what I am doing whereas in the past I didn’t, it was just revolved around drugs and hovered over them, that was it.”