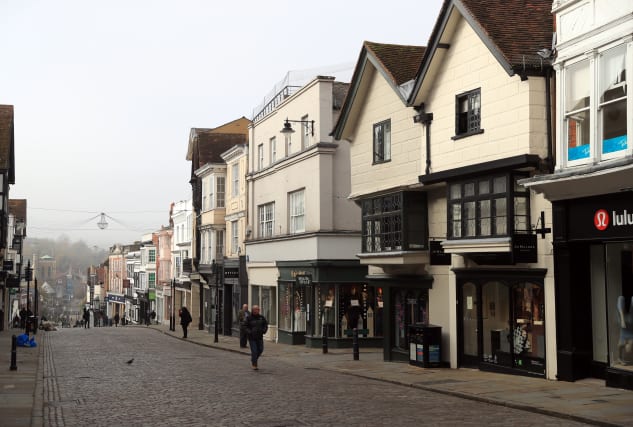 Retail sales jumped last month ahead of the second national lockdown in England, which retail leaders have warned will “throw away” recent progress for troubled high street stores.

The BRC-KPMG retail sales monitor for October revealed that total sales increased by 4.9% for the month, as some shoppers completed their Christmas shopping earlier than usual.

“Tightening restrictions across the United Kingdom and speculation towards the end of the month of an England-wide lockdown prompted customers to stock up on home comforts and food supplies.”

However, in-store non-food sales fell by 9% over the three months to October as high street shops were hit by local Covid-19 restrictions.

Total non-food sales increased by 5.7% for the three-month period after being buoyed by strong online sales.

The figures precede the second national lockdown in England, when Prime Minister Boris Johnson enforced the closure of non-essential stores until at least December 2 following a surge in Covid-19 cases.

Ms Dickinson added: “During an incredibly challenging year for the industry, many retailers had finally thought that they were finding their footing.

“The new lockdown in England will now throw away this progress as we enter the crucial Christmas trading period and we estimate that £2 billion of sales per week will be lost this month.

“It is therefore vital that retailers are able to trade from December 3 and we are asking Government to urgently provide clarity about the criteria for reopening and to ensure that affected businesses are supported in the coming months.”

Don Williams, retail partner at KPMG, said: “This is an impressive performance by retailers, especially given the tighter household restrictions in October, but testing times lie ahead.

“The gap between winners and losers is stark, with home-related items, like furniture and technology, putting in a strong performance whilst the improvement in fashion sales was short-lived.

“The important ‘golden quarter’ is likely to be unrecognisable this year, with some retailers losing a month’s worth of trading opportunity.

“Capacity is also likely to be a significant challenge over the coming months as there is a limit to online delivery availability and social distancing has reduced the numbers of customers that can safely shop in store at any one time.”

Like-for-like food sales jumped by 5.2% for the quarter to October as grocers continued to perform strongly.

“There was a clear uptick in sales at end of October, with retailers benefiting from Halloween falling on a Saturday and shoppers reacting to the impending national lockdown with more than half of shoppers (55%) claiming to have stockpiled over the Halloween weekend.”