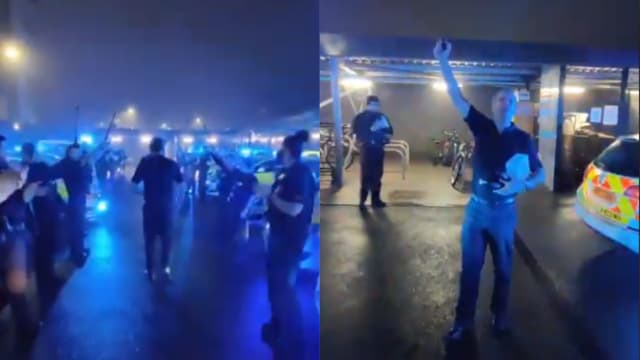 A Northamptonshire Police sergeant has been given a "blue light send off" from colleagues ahead of his retirement.

Tony Cotton, a response sergeant who has been with the force for 30 years, was celebrated by his colleagues after his last shift on Sunday.

Colleague Steve Briggs filmed the lines of police lights celebrating Mr Cotton, in a video that has now received over 45,000 views on Twitter.

Mr Cotton is seen in the video saying to colleagues: "Thank you so much, I love you all, keep fighting the good fight".