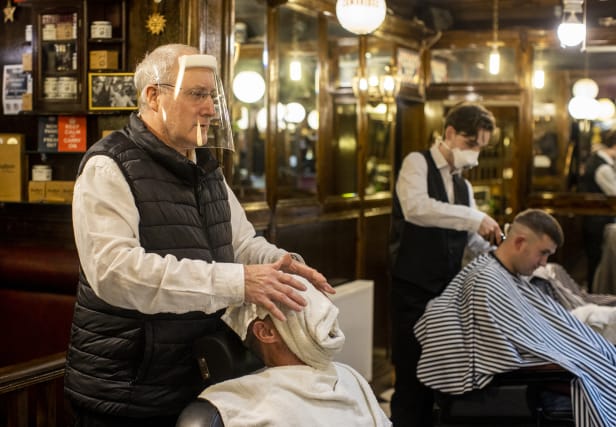 Stormont ministers have failed to reach agreement on a potential extension of circuit-break coronavirus restrictions in Northern Ireland.

Ministers in the powersharing executive are due to resume discussions on Tuesday morning.

Extensive talks on Monday failed to produce an outcome, with ministers at odds on whether to extend some or all of the measures for a further two weeks.

The executive initially adjourned the meeting on Monday morning to seek further data on the likely impact of easing some restrictions.

They reconvened in the early evening for further talks. A breakthrough did not materialise, with ministers set to resume at 11am.

A four-week circuit-break lockdown that has forced the closure of much of the hospitality sector in Northern Ireland is due to end at midnight on Thursday.

With hospitals still under sustained pressure dealing with Covid-19 admissions, ministers are likely to extend some restrictions for a further two weeks, but they are considering relaxing other measures.

One option understood to have been under consideration would have seen cafes and restaurants allowed to reopen, but without alcohol being sold.

However, there are doubts whether ministers will press ahead with this option, as it is understood discussions on Monday evening acknowledged concerns raised by the hospitality sector.

Restaurant owners have insisted the inability to sell alcohol would make trading unviable.

It is understood that health minister Robin Swann favours a comprehensive extension of the circuit-break measures for two weeks.

The DUP favours a relaxation of the current restrictions.

It is understood Sinn Fein is content to extend many of the restrictions but wants to see some easements, particularly for those working in close contact services.

Ministers are under pressure to come to an agreed position to give businesses time to prepare for potential changes on Friday.

It is understood they are assessing whether close-contact services, such as hairdressers and beauticians, could be allowed to resume as long as strict restrictions are observed.

On Monday morning ministers requested further analysis on a variety of proposals.

If the executive agrees a consensus position on Tuesday, a formal announcement is likely to be made in the Assembly chamber by Deputy First Minister Michelle O’Neill.