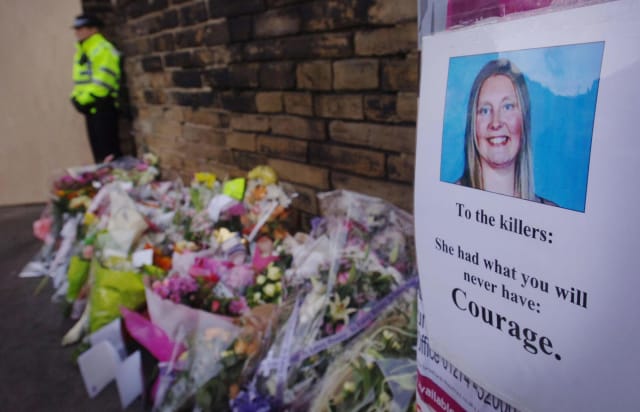 A 72-year-old man has appeared in court in Pakistan in connection with the murder of Pc Sharon Beshenivsky, who was shot while on duty in 2005.

Piran Ditta Khan appeared before the court in Islamabad on Monday for a hearing related to his extradition, West Yorkshire Police said.

Khan was arrested by Pakistani police in January following an operation involving the National Crime Agency and local partners.

He was remanded back into custody and will next appear in court on Friday, police said.

The detective said: “We expect there to be many more court appearances as this process steadily progresses and continue to work with our colleagues from the National Crime Agency, CPS and the Pakistani authorities to ensure it is completed as quick as possible.”

Pc Beshenivsky was shot while responding to a robbery at Universal Travel in Morley Street, Bradford, on November 18 2005.

The 38-year-old married mother-of-three, with two stepchildren, was a probationer with only nine months’ service when she was killed.

He colleague, Pc Teresa Milburn, was also shot but survived to later give evidence at the trial of members of the armed gang who were charged with being involved in the murder.

Six men were later jailed at Newcastle Crown Court but Khan, a former bouncer who was suspected of being the gang organiser, had fled abroad.

In 2016, West Yorkshire Police issued a fresh appeal to find him as he remained at large, despite a £20,000 reward for information leading to his arrest.