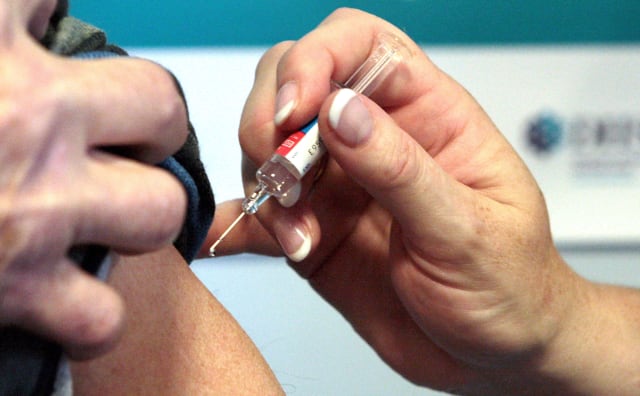 London’s markets are on track for what could be their best day since March, as news of a potential vaccine breakthrough, and results from the US presidential race, lit a fire under traders.

The FTSE 100 was up by about 5.5%, adding about £84 billion, after Pfizer said that it had seen positive signs from a vaccine trial.

The study showed that its vaccine was more than 90% effective in preventing disease.

London’s top market added about 330 points, setting it on course for the best day since March 24.

British Airways owner IAG and engine maker Rolls-Royce, companies that have both been hard hit by the Covid-19 pandemic, jumped on hope that the vaccine could return the economy closer to normal.

But businesses that have been cashing in from the crisis took a hit.

Ocado, which has seen sales soar because of lockdown, dropped 8.5%, Just Eat Takeaway.com lost more than 5%, and Reckitt Benckiser, which makes Dettol, fell 5%.

Meanwhile AstraZeneca, a rival to Pfizer in the race for a vaccine, was trading flat on a day when most companies were buoyant.

The index had already been up earlier in the day, after traders returned to work from the news that Joe Biden looks all but set to become the next US president.

With several states left to be declared, Mr Biden has already smashed through the 270 electoral college votes he needs to become the next White House resident.

Several states are still too close, or too early to call, so the final score in the presidential election may take several weeks.

But as Democrat Mr Biden notched up a more than 700,000-vote margin in Pennsylvania, and passed his Republican rival, Donald Trump, networks decided that the incumbent president was unable to win the state.

The Associated Press and other outlets have since called Nevada for the former vice president, meaning that Mr Biden has 290 votes.

Georgia, North Carolina and Alaska are still up for grabs.