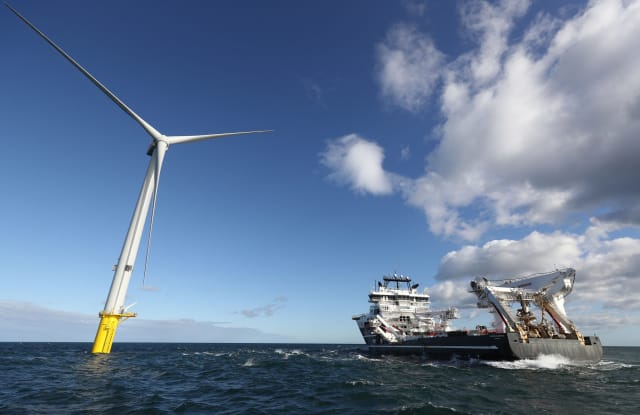 The Government has been urged to invest at least £30 billion in the next 18 months on a green recovery to create hundreds of thousands of jobs.

Labour is calling for billions of pounds of planned capital investment to be brought forward and dedicated to low carbon sectors, ranging from electric vehicle charging to upgrading ports to support offshore wind.

The low carbon infrastructure that is needed for the future – from offshore wind turbines to electric buses – should be built in Britain to boost manufacturing and create jobs, Labour has said.

Bringing forward investment of at least £30 billion over 18 months for low carbon sectors as part of a stimulus package to recover from the pandemic could help create an additional 400,000 jobs across the UK, Labour claimed.

The party also said a consultation with businesses, trade unions and other organisations highlights the need for an emergency training programme to help people gain skills they need for the future green economy.

Ministers should create a national investment bank focused on green investment and ensure that public spending always aids the drive to cut emissions to net zero.

The UK has a legal target to cut the greenhouse gases that drive climate change to zero overall by 2050, with huge cuts to emissions and any remaining pollution “offset” by measures such as planting trees.

The Government is expected to set out a 10-point plan shortly to help drive the shift to net zero with efforts to tackle pollution in areas such as transport, power and homes.

According to a report based on Labour’s consultation, action that would create jobs and tackle the climate and environment crisis include:

– Accelerating investment in technology such as producing hydrogen as a clean fuel and schemes to capture carbon emissions from power and industry;

– Introducing a national nature service, an employment programme which would focus on conservation projects;

Shadow business secretary Ed Miliband said: “We face a jobs emergency and a climate emergency. It’s time for a bold and ambitious plan to deliver hundreds of thousands of jobs which can also tackle the climate crisis.

Shadow chancellor Anneliese Dodds said: “In recent years, and particularly during this crisis, our country has fallen behind in the drive to a cleaner, greener economy. We’ve seen far more rhetoric than action – and that has cost our country jobs.

“Future generations will judge us by the choices we make today to tackle the unemployment crisis and face up to the realities of the climate emergency.”

A Government spokesperson said: “In March, the Chancellor set out plans for a record amount of capital investment and we will set out further details in this month’s Spending Review about how this will help deliver our net zero climate target.

“We have already set out billions of pounds in green investment, including decarbonisation and greener homes, electric vehicle charging infrastructure, walking and cycling infrastructure, flood defences and backing offshore wind to power every UK home by 2030.

“And our investment in new technologies will continue creating green jobs as we build back greener from Covid.”