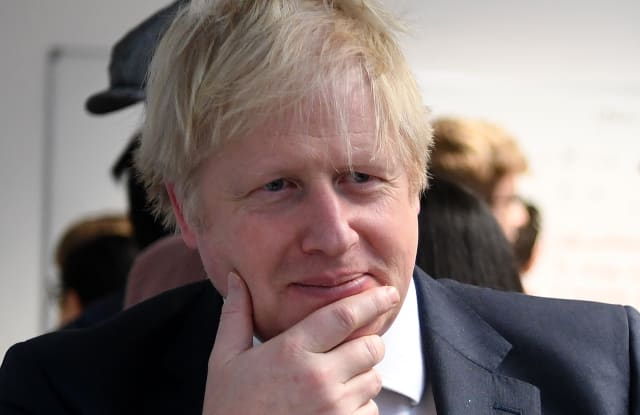 Boris Johnson will not back down on his controversial Brexit legislation, despite it threatening to create early tensions with US president-elect Joe Biden, a Cabinet member has indicated.

Environment Secretary George Eustice said the Government would reinstate controversial clauses that enable ministers to break international laws if Lords try to strip them out.

Mr Biden warned during his successful campaign against Donald Trump that a trade deal with the US is "contingent" on the prevention of a return to a hard border on the island of Ireland.

The House of Lords is expected to vote on the UK Internal Market Bill on Monday, with the Government facing a potential defeat at the hands of peers outraged by its powers.

Mr Eustice, asked if the Government would reinstate them, told Sky News: "We Will.

"The UK Internal Market Bill is not about undermining the Belfast Agreement, it's about standing behind it, making sure that it works and looking after the interests of Northern Ireland, making sure the peace and stability that's been hard won there can carry on."

Mr Eustice sought to reassure Mr Biden that there would be no need for a hard border.

Peers will vote on an amendment calling for the removal of measures that the Government has admitted would give it powers to break international law in a "very specific and limited way".

Any amendments would mean the Commons would get another say and ministers could reinsert the controversial clauses at this point.

But there have been suggestions that No 10 could avoid a clash with the White House by leaving the legislation if a trade deal is brokered with the EU.

Mr Johnson, who is yet to secure a phone call with the incoming Democratic president, has insisted that the Bill is designed to "protect and uphold the Good Friday Agreement and the peace process in Northern Ireland".

Mr Biden, who is proud of his Irish heritage, has warned that the agreement cannot "become a casualty of Brexit".

Labour leader Sir Keir Starmer has called on Downing Street to scrap the Bill as it seeks to foster a close relationship with the successor to the pro-Brexit Mr Trump.

"We will soon have a president in the Oval Office who has been a passionate advocate for the preservation of the Good Friday Agreement," Sir Keir wrote in an article for The Guardian.

"He, like governments across the world, will take a dim view if our Prime Minister ploughs ahead with proposals to undermine that agreement.

"If the Government is serious about a reset in its relationship with the United States, then it should take an early first step and drop these proposals."

Mr Eustice indicated a possible compromise on fisheries, which has been a major point of contention delaying progress on a deal.

"On fisheries, we've always been open to doing a sensible approach looking particularly at agreements that might span a couple, three years for instance," he told Sky News.

"We're going to be sensible in how we approach this but making sure that we have control of our own waters again and controlled access to our waters has always been a red line for us in these negotiations."

Time is fast running out to get a deal in place by the end of the transition period on December 31, with businesses fearing the high trade tariffs they would face in the absence of an agreement.