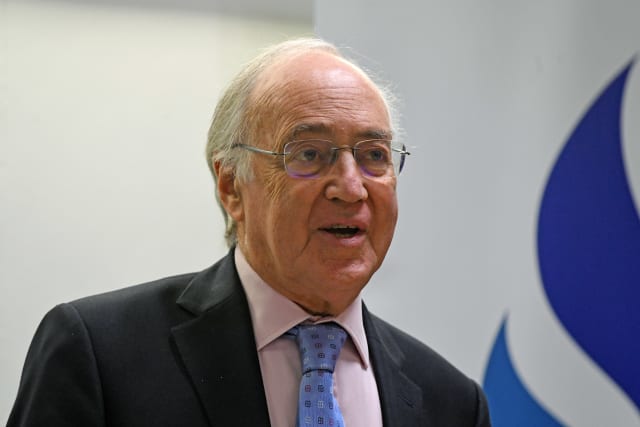 Peers have lined up against controversial Brexit legislation as they gear up to strip out powers that enable ministers to break international law.

Conservative former leader Lord Howard of Lympne led the calls for Boris Johnson to “think again” and remove the contentious parts of the UK Internal Market Bill, warning the Government is using the language of “lawbreakers” everywhere.

The legislation sets out the way that trade within the UK will work once it is outside the EU’s single market and customs union.

But cross-party amendments have been tabled to strike out clauses linked to the most contentious part of the Bill, namely part five which gives ministers the power to breach the Brexit divorce deal – known as the Withdrawal Agreement – brokered with Brussels last year.

Peers are expected to take the unusual step of holding votes at committee stage to remove these sections of the Bill on Monday rather than waiting for report stage, signalling the level of opposition to the measures.

Ministers have insisted powers to override the Withdrawal Agreement are needed to protect the relationship between Great Britain and Northern Ireland, but critics argue the powers are not necessary.

Speaking ahead of the expected votes, Lord Howard said “nothing has changed” since Northern Ireland Secretary Brandon Lewis admitted the Bill breaks international law in a “very specific and limited way”.

He said: “Since then, as far as I’m aware, no Government minister has sought to resile from his words.

“Instead, what minsters have done, both in your Lordships’ House and elsewhere, is to seek to make the case that circumstances make it expedient to break international law.

“Isn’t that what lawbreakers always say? Isn’t that the excuse of lawbreakers everywhere? What sort of a precedent is the Government setting when it admits that position?

“How can we reproach other countries – Russia, China, Iran – if their behaviour becomes reprehensible when we ourselves have such scant regard for the treaties we sign up to, when we ourselves set such a lamentable example?”

Brexit-backer Lord Howard went on: “There have been some suggestions that opposition to this part of the Bill is in some way the last charge of the remainers.

“That suggestion has a very dangerous implication for those who advance it.

“It implies that only those who voted for us to remain in the European Union care about the rule of law, or the importance of keeping one’s words, or the sanctity of international treaties.

“Fortunately, I am in a position which enables me confidently to contradict that implication. I voted and campaigned for Brexit and I do not for one moment regret or resile from that vote.

“But I want the independent sovereign state that I voted for to be a country which holds its head up high in the world, that keeps its word, that upholds the rule of law and that honours its treaty obligations.

“I wanted to be an independent country which truly is a beacon unto the nations and I am dismayed that the Government, the Government which I have supported for so long and which I have very, very rarely disagreed with and rebelled against, that that Government has chosen as one of the first assertions of its newly-won sovereignty to break its word, to break international law and to renege on a treaty it signed barely a year ago.

“I hope your Lordships will at least give the Government the opportunity to think again by removing part five from the Bill.”

Independent crossbench peer Lord Judge, a former head of the judiciary, advised the House of Lords should be “neither complicit nor supine” and should vote against clauses in the Bill.

Lord Newby, Liberal Democrat leader in the Lords, added: “If we can’t take a view on a matter of deliberate law-breaking by the Government we may as well pack up our bags now.”

The Archbishop of Canterbury Justin Welby raised concerns that the Bill “fails to take into account the sensitivities and complexities of Northern Ireland and could have unintended and serious consequences for peace and reconciliation”.

The leader of the Church of England added: “I hope the Government will reflect on the strength of feeling, depth of experience and wisdom of expertise shown in the debate on these clauses and will not push for their reinstatement, but their replacement with others that better guarantee that the rule of law, peace and the balances of power are upheld within our United Kingdom.”

Tory Lord Cormack said the law-breaking clauses in the Bill must go and threatened to vote against them “again and again” if necessary.