Government vows to press on with Brexit bill despite Lords defeat 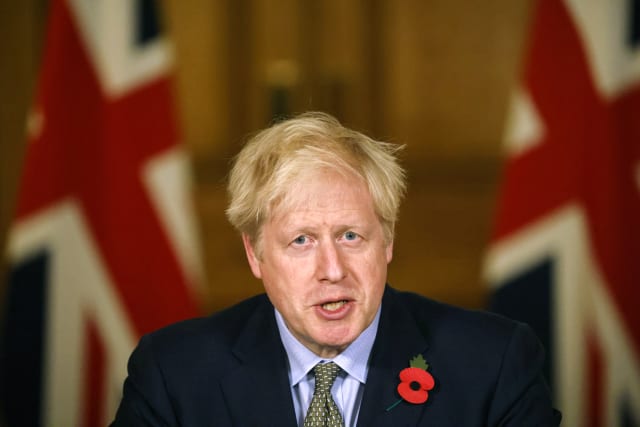 Key parts of Boris Johnson’s controversial Brexit legislation have been rejected by the Lords.

Peers moved to strip controversial clauses from the UK Internal Market Bill that would enable ministers to break international laws.

The Government immediately responded by insisting it would not back down.

A Government spokesperson said: “We are disappointed that the House of Lords has voted to remove clauses from the UK Internal Market Bill, which was backed in the House of Commons by 340 votes to 256 and delivers on a clear Conservative manifesto commitment.

“We will re-table these clauses when the Bill returns to the Commons.

“We’ve been consistently clear that the clauses represent a legal safety net to protect the integrity of the UK’s internal market and the huge gains of the peace process.

“We expect the House of Lords to recognise that we have an obligation to the people of Northern Ireland to make sure they continue to have unfettered access to the UK under all circumstances.”

Sir John condemned Mr Johnson’s position, insisting it was “unprecedented in all our history – and for good reason”.

Sir John said the UK Internal Market Bill, which ministers have admitted will breach international law, had “damaged our reputation around the world”.

Mr Biden warned during his successful campaign against Donald Trump that a trade deal with the US was “contingent” on the prevention of a return to a hard border on the island of Ireland.

Earlier, Environment Secretary George Eustice sought to reassure Mr Biden there would be no need for a hard border in Northern Ireland.

Mr Johnson has insisted that the Bill is designed to “protect and uphold the Good Friday Agreement and the peace process in Northern Ireland”.

Mr Biden, who is proud of his Irish heritage, has warned the agreement cannot “become a casualty of Brexit”.

Labour leader Sir Keir Starmer has called on Downing Street to scrap the Bill as it seeks to foster a close relationship with the successor to the pro-Brexit Mr Trump.

“We will soon have a president in the Oval Office who has been a passionate advocate for the preservation of the Good Friday Agreement,” Sir Keir wrote in an article for The Guardian.

“He, like governments across the world, will take a dim view if our Prime Minister ploughs ahead with proposals to undermine that agreement.

“If the Government is serious about a reset in its relationship with the United States, then it should take an early first step and drop these proposals.”

Mr Barnier tweeted that he was “happy to be back” in the capital, with the two teams “redoubling our efforts” for an agreement.

He listed the three major sticking points – governance, the level playing field and fishing policies – as the three “keys to unlock a deal”.

Mr Eustice indicated a possible compromise on fisheries, which has been a major point of contention delaying progress on a deal.

Time is fast running out to have a deal in place by the end of the transition period on December 31, with businesses fearing the high trade tariffs they would face in the absence of an agreement.