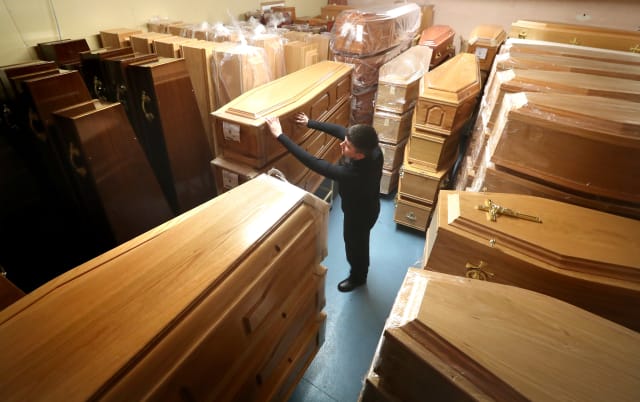 Funeral services company Dignity has warned it is possible that the high number of deaths due to Covid-19 this year could slow down its business in the next two years.

The suggestion came as the firm revealed that underlying revenues rose 4% in the nine months to September 25 to £234.5 million.

However, with heavy restrictions on funerals and crematoriums during much of the year, it meant the London-listed business was unable to boost profits with added extras no longer available.

Underlying operating profits fell 8% to £44.2 million as a result, although bosses are hopeful that the reopening of places of worship could improve business.

Dignity said: “As a result of the crisis, the group decided to temporarily withdraw the provision of limousines in the interests of the welfare of its staff and clients.

“Other choices such as church services also stopped being possible during this time.

“Following the installation of Perspex dividing screens, the group’s limousines are now available to clients and, as is well documented in Government announcements, places of worship have now reopened.

“Client choices, and therefore average income, are likely to vary more by region in the coming months depending on the local restrictions in place.”

On crematoriums, the company said it has seen around half of the £3 million in memorial sales it had hoped for during the second quarter banked during the third following crematorium grounds being allowed to fully reopen, with a surge in business since.

Bosses said they would not be providing guidance on performance for the rest of the year and beyond, while they wait to see if the national lockdown in England reverses the increase in deaths from Covid.

The company said: “The group will not speculate on the most likely outcome for the remainder of the year; however, it is possible that the tragic events of 2020 may mean 2021 and 2022 could experience a lower number of deaths than in 2019.”

Separately, Dignity said it would continue working on its strategic review and awaits the results of a Competition and Markets Authority investigation into the sector over allegations of price hikes stretching back to before the pandemic.

As a result, the company said it has deferred its search for a new chief executive to “align with the learnings from both our strategic review and the CMA investigation in July 2021”.