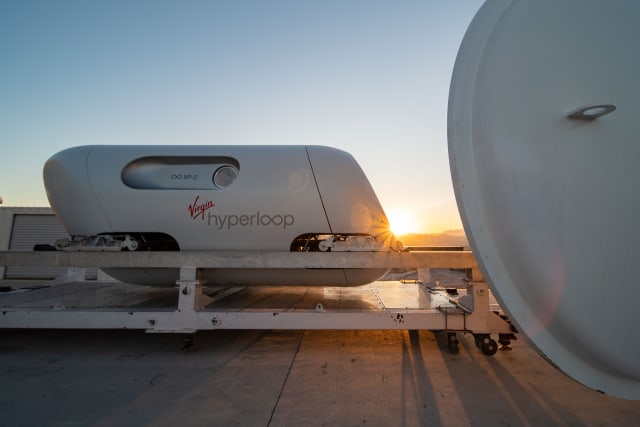 Two people have become the first passengers on a Hyperloop, a technology considered to be the future of high-speed ground transport.

The demonstration and test took place on a 500-metre track in the Nevada desert near Las Vegas on Sunday.

Footage showed the pod carrying the passengers taking around 15 seconds to complete the test as it accelerated to more than 100 miles per hour.

The system is intended to eventually allow journeys of up to 670mph with the technology using electric propulsion, with passive magnetic levitation creating low pressure within the tube which is in near-vacuum conditions.

Jay Walder, CEO of Virgin Hyperloop, said: "I can't tell you how often I get asked 'Is Hyperloop safe?'

"With today's passenger testing, we have successfully answered this question, demonstrating that not only can Virgin Hyperloop safely put a person in a pod in a vacuum environment, but that the company has a thoughtful approach to safety."