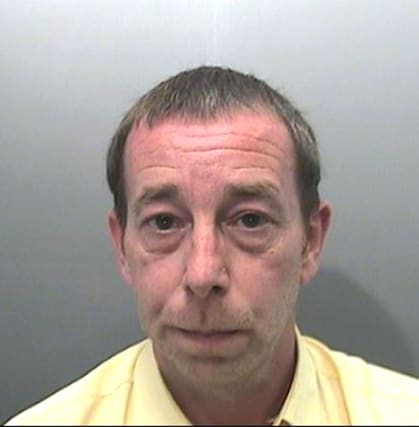 A former defence worker, who disclosed top secret details of a UK missile system, has dramatically changed his plea and admitted breaching the Official Secrets Act.

Simon Finch, 50, had become disillusioned by British authorities after he reported being the victim of homophobic attacks in 2013.

In 2018, he sent an email containing secret information to eight people, which he also claimed to have shared with “hostile” foreign states, the Old Bailey heard.

He had initially pleaded not guilty to two charges of breaching the Official Secrets Act and a charge of refusing to give authorities access codes to three electronic devices.

Giving evidence in his trial, he denied having actually leaked the document to hostile states.

Explaining his actions, he said: “I knew I couldn’t walk away from what had happened to me. I had a civic duty to stand up and say this is happening.

On Monday, the trial judge Mrs Justice Whipple ruled out his “duress of circumstance” defence and Finch admitted all charges against him.

In her ruling in the absence of the jury, the senior judge said such a defence could be made in an “extreme case” where a person faced an “impossible choice”.

She said: “For example, a spy is kidnapped and told that his wife or child will be murdered if he does not disclose secrets, but it does not avail the disillusioned agent who claimed that someone, somewhere, might one day suffer if he does not make disclosures.”

Finch’s case did not come anywhere near to meeting the threshold of “seriousness and imminence of threat” and other options were open to him, she said.

The judge also rejected Finch’s psychiatric defence based on a diagnosis of autistic traits.

Previously, the prosecution had said Finch had been motivated by a desire to exact retribution on the British system, which he felt had let him down.

The trial had heard how the mathematics graduate had worked for BAE Systems and QinetiQ which provide contracted services to the MoD, as well as the MoD itself in the “distant past”.

He went into a “downward spiral” after suffering two alleged homophobic assaults in Merseyside in 2013.

He accused Merseyside Police of failing to investigate or classify the attacks as hate crimes when he reported them later.

The experience led Finch to carry weapons including a set of the traditional martial arts nunchucks, when he went out in public, jurors heard.

In 2016, Finch was handed a suspended sentence after he admitted going out with a hammer and machete.

Describing the incident in his later email, he said he had carried a blade at two pubs in Southport for “protection”.

He went on to allege he was taken to a police station in Bootle and subjected “to inhumane and degrading” treatment which amounted to “torture”.

He claimed he was dragged along the floor in handcuffs so that his long johns fell around his ankles, and had to defecate on the station floor after being refused a toilet.

Finch was subsequently detained for psychiatric assessment and mental health treatment before admitting possession of the weapons.

The defendant left his job at BAE Systems in February 2018 and moved to Swansea.

In October of that year, Finch disclosed technical details classified as “secret” and “top secret” in an email containing operational information about the weapons system, which is still in use by the armed forces.

The unencrypted email was sent to eight recipients including members of charities, law firms, trade unions, and an MP.

Outlining his grievance, Finch wrote: “Since the UK has refused me any justice, compensation, or even treatment for these appalling crimes then it has no right to expect my loyalty.

“It is particularly foolish to do this to someone who works upon classified systems, particularly if they are somewhat autistic and have a near-photographic memory.

“Therefore it gives me very great pleasure to say that I have spent the last ten months documenting SECRET, TOP SECRET and CODEWORD information on the wide range of military systems which I have worked upon.

“This information has been sent (freely) to a number of hostile foreign governments.

“If the nation does not care for my security then why should I care for national security?”

He said: “His lack of redress and refusal, as he saw it, of justice to him led him to the conclusion that he should not care for national security if the nation had no care for his security.”

Stuart Trimmer QC, defending, said the treatment Finch had received had “quite literally ruined his life”.

He said: “Some might say he became obsessed by the issue, it seems to have consumed his thinking.”

Mr Trimmer told jurors that Finch, formerly of Southport, was an intelligent man whose sexuality was unclear to others and “in doubt” to himself.

The court had heard it had not been possible to verify if any classified intelligence had fallen into the hands of foreign governments or hostile groups or individuals.

An expert damage assessment found the release of the information contained in a “Systems.doc” attachment could give “a hostile adversary of the UK… an understanding of the function” of the system and “methods of countering it”.

Discharging the jurors, Mrs Justice Whipple warned them to “never, ever” discuss the content of material they had seen during secret elements of the trial held in the absence of press and public.

She warned that to disclose details could amount to a “criminal offence”, adding: “These obligations are forever.”

Finch was remanded into custody to be sentenced at the Old Bailey on Tuesday.

For recording secret information contrary to the “safety or interest of the state” in breach of the Official Secrets Act, Finch could face a maximum of 14 years in jail.

The second charge of making a “damaging disclosure relating to defence”, has a maximum sentence of two years and failing to comply with a disclosure notice carries up to five years in custody.

Commander Richard Smith, head of the Met’s Counter Terrorism Command, said: “Finch carried out this act due to a perceived injustice against him.

“As a long-time employee working on defence projects, he was fully aware of his obligations under the Official Secrets Act and knew full well the impact and implications of both recording this information and then sending it to various recipients over insecure channels.”