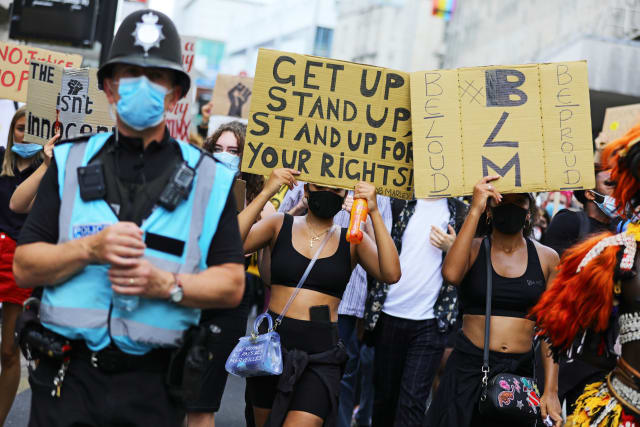 Collins Dictionary experts have published their annual list of new and notable words – this year dominated by Covid-19.

“Lockdown”, “furlough”, “key worker”, “self-isolate” and “social distancing” all feature, as does “coronavirus” itself.

The Black Lives Matter (BLM) social justice movement is recognised, as is the growing influence of the TikTok social media platform.

These are the 10 words and phrases which appear on the full list.

Abbreviation for Black Lives Matter: a movement that campaigns against racially motivated violence and oppression.

Noun: Any one of a group of RNA-containing viruses that can cause infectious illnesses of the respiratory tract, including Covid-19.

Noun: A temporary laying-off of employees, usually because there is insufficient work to occupy them.

Noun: An employee in any of a number of professions considered to be essential to the functioning of society, for example teachers, police officers, health workers, shop workers, etc.

Noun: The imposition of stringent restrictions on travel, social interaction and access to public spaces.

Noun, informal: The withdrawal of the Duke and Duchess of Sussex from royal duties, announced in January 2020.

Noun, from Korean: A video or webcast in which the host eats a large quantity of food for the entertainment of viewers.

Verb: To quarantine oneself if one has or suspects one has a contagious disease.

Noun: The practice of maintaining a certain distance between oneself and other people in order to prevent infection with a disease.

Noun: A person who regularly shares or appears in videos on TikTok.