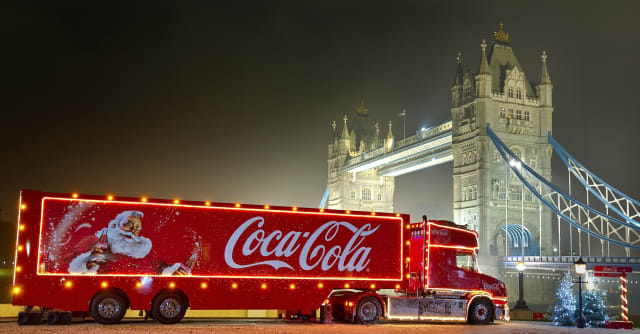 Coca-Cola’s Christmas truck will not be making its annual tour of the UK for the first time in 10 years, due to the coronavirus pandemic.

In a tweet, the company said: “Due to current restrictions around the country, our Coca-Cola Christmas Truck Tour won’t go ahead this year.

“We know it’s disappointing, but we’ll continue to share special Christmas moments throughout the festive season.

“We look forward to seeing you next year!”

A 14-tonne lorry, decorated with fairy lights and giving out free cans of the fizzy drink, has toured the UK for the last nine years, stopping at shopping centres and supermarkets.

The news was a disappointment to fans, with one saying: “2020 is the year fun died.”

Another added: “Christmas is cancelled.”

However, Coca-Cola promised “fun will never die”, before adding there was still “a lot to look forward to”.

The vehicles are also a regular fixture of television adverts throughout the Christmas period.

Responding to one Twitter user, the company said: “We’ve got loads of festive treats to come, including our Christmas ad! Hold on to your Santa hats for now…”

Last year the truck visited 19 locations throughout November and December before making its final stop in London.