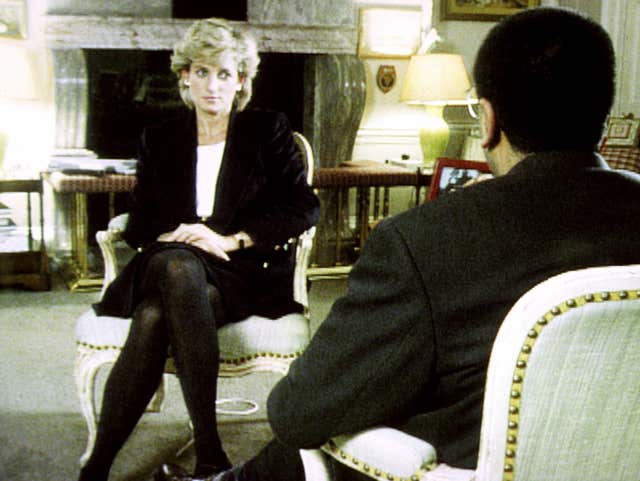 The BBC is taking the allegations surrounding Panorama's interview with Diana, Princess of Wales, in 1995 "very seriously", its boss Tim Davie has said.

The director-general's comments came following allegations by Diana's brother Earl Spencer that he was shown "false bank statements" by Martin Bashir. He claimed these statements were used to help the reporter gain access to the princess.

The result was the explosive interview 25 years ago in which Diana famously said: "Well, there were three of us in this marriage, so it was a bit crowded."

The BBC has said it will hold an independent investigation into the earl's allegations.

It added that Mr Bashir, now the BBC's religion editor, is seriously ill with Covid-related complications and is not in a position to respond.

In a statement, Mr Davie said: "The BBC is taking this very seriously and we want to get to the truth.

"We are in the process of commissioning a robust and independent investigation."

The broadcaster is expected to set out more details of the planned investigation in the coming days.

Former BBC chairman Lord Grade said that there was "a very dark cloud hanging over BBC journalism" following the allegations.

The BBC claimed Diana had written a note saying she did not see the false bank statements and that they played no part in her decision to give the interview. However, the corporation said it no longer has a copy of the letter.

Lord Grade told BBC Radio 4 programme The World At One: "We've got to get into the timeline of who knew what when. Was the Diana letter also a forgery is the question that needs to be asked?

"There may well be very good answers and the BBC may well come out of this absolutely clean.

"But there are so many questions being raised.

"There's only one way to clear this up and that is with an independent inquiry to be published."

He added: "The BBC is the gold standard of journalism in this country. For the BBC to be faking documents in the interest of getting a scoop raises very serious questions and the BBC needs to clean this up once and for all.

"Was it known by those editorially in charge of the BBC at the time that forged bank statements had been used or were tried to be used?

"Who knew and who knew when and was it covered up at the time? This is a very, very serious matter for the BBC, which holds itself in high esteem.

"It calls power to account in this country. It's the first one to call for independent inquiries when there's wrongdoing however long ago.

"But when it comes to the BBC itself being under question, the rules seem to change somewhat."

The statement comes after the graphic designer who mocked up the documents allegedly used to secure the interview with Diana said he was made "the fall guy" by the BBC, and called on the broadcaster to apologise.

Matt Wiessler spoke about the impact the experience had had on his life after he was reportedly asked by Mr Bashir to create two bank statements in 1995. He claimed these falsely showed that members of the royal household were being paid by security services to spy on the princess.

Speaking on television for the first time in new ITV documentary The Diana Interview: Revenge Of A Princess, Mr Wiessler told the programme-makers he was "blacklisted", his work dried up and he left the industry.

Mr Wiessler said: "I quite clearly felt that I was the one that was going to be the fall guy in this story.

"All I want is for the BBC in this instance to come forward and honestly make an apology. Because it's had a huge impact."

He claimed his flat was burgled soon after the interview and only two computer discs were taken – containing the back-up copies he made of the statements.

An internal inquiry was held in 1996 into whether or not Diana was misled but the earl claimed this was a "whitewash".

The princess sent shockwaves through the monarchy after the interview, which included candid details about her marriage and the Prince of Wales's rumoured relationship with Camilla Parker-Bowles, his now wife.