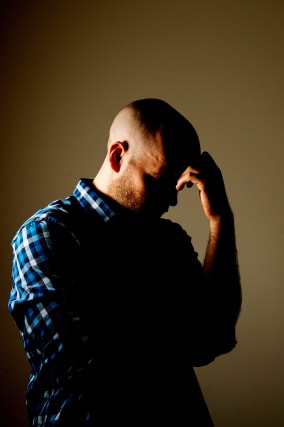 UK leaders must act to prevent a “loneliness emergency” among vulnerable people isolated over winter, a charity has warned.

Around four in 10 adults (39%) say they have not had a meaningful conversation in the past fortnight, according to research by the British Red Cross.

And of those who say they are always or often lonely, the same proportion do not feel confident about coping with the impacts of the coronavirus pandemic.

This is double the figure who were struggling in May (19%).

Around a third (32%) worry that something will happen to them and no-one will notice, and a similar proportion say they are alone and have no-one to turn to.

Its new report, Lonely And Left Behind, is calling for governments across the UK to invest in services tackling loneliness, raise awareness of alternative ways for people to connect with each other this winter, and support local organisations to identify those most at risk.

British Red Cross executive director Zoe Abrams said: “If we’re going to avoid a loneliness emergency this winter, we have to listen to the people who are telling us the coronavirus crisis is leaving them feeling left behind and lonelier than ever.

“Our report shows that many vulnerable people are feeling cut off, like their problems aren’t important, and unable to think of anything that might improve their situation – a troubling combination at a time when Covid-19 restrictions have tightened again.

“We all need to act together now – the UK’s four governments, communities, neighbours and friends – to tackle loneliness this winter.”

The findings are based on polling of 2,052 people in September and October.

The charity also carried out in-depth interviews with 16 people who were shielding or isolating between July 22 and September 1.

It found that some have felt left behind as measures eased after the first lockdown, and noted a “significant discomfort” over talking about loneliness with loved ones.

One older woman from County Down, Northern Ireland, said: “I feel lonelier now as it doesn’t seem safe to go out, and yet other people can get out.”

A male respondent, aged between 45 and 64, from Birmingham, said: “I do find it quite hard to talk to people about (feeling lonely).

“I don’t like to sound like I’m being sorry for myself or silly talking to others about it. People would think I shouldn’t feel that way, or everyone is in the same position and (it’s) something we just have to go along with.”

It comes as the Campaign To End Loneliness and biopharmaceutical company Bristol Myers Squibb are encouraging people to check in with those around them in the run-up to Christmas.

The Have A Chat campaign is asking people to reach out to those who may be isolated and feeling lonely this winter, and those who will experience loneliness long after Covid-19.

Their joint survey, of 3,267 adults from across the UK and Ireland in October, found more than a third of respondents (37%) agreed that they were worried about feeling lonely as a result of possible future lockdowns.

However, it also revealed that the spring lockdown had strengthened the nation’s sense of community, and 48% agreed that staying in touch with others helped them overcome feelings of loneliness.

Kate Shurety, executive director of the Campaign To End Loneliness, said: “It is more important than ever to think about those who may be impacted by loneliness. We are asking people to take the time to check in with those around you, because we know that this can make a real difference.

“Loneliness is a big problem, and for millions it is a long-term reality, but we can all take small steps to tackle it.”

A Government spokeswoman said: “We are completely committed to tackling loneliness.

“Since the start of the pandemic we have invested over £23 million to charities focused on reducing loneliness and a further £44 million to organisations supporting people with their mental health.

“We have also convened the Tackling Loneliness Network to connect groups at risk of isolation and relaunched our ‘Let’s Talk Loneliness’ campaign to help tackle the stigma around discussing the issue.”