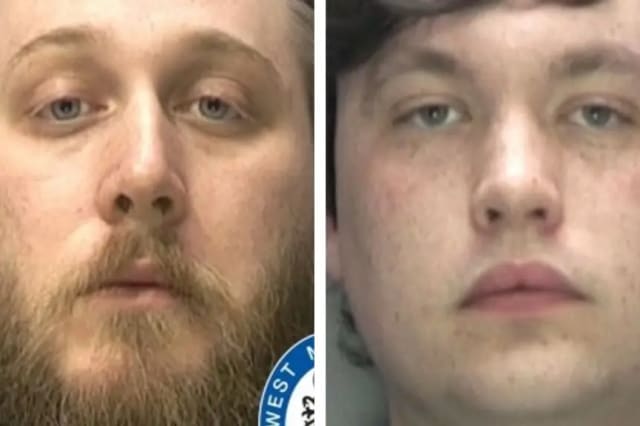 A horror film fan and his boyfriend have been found guilty of murdering a woman who was lured to their "flat of horrors" after a chance meeting during a night out.

A month-long trial was told serial killer obsessive Nathan Maynard-Ellis, aged 30, and his partner, 25-year-old David Leesley, cut Julia Rawson's body into 11 pieces and dumped her remains at two sites near a canal.

Maynard-Ellis was not in court on Monday to hear the jury's verdicts after being taken ill and losing his sense of taste in prison last week, while Leesley was present in the dock.

Jurors were told the couple's home in Mission Drive, Tipton, West Midlands, had a workbench equipped with tools including an axe, and also contained stuffed creatures, snakes and "gory" home-made horror masks.

The court heard Maynard-Ellis met Ms Rawson, aged 42, by chance in a pub in Dudley and took her in a taxi to his flat in May last year.

Opening the prosecution's case at the start of the trial, Crown counsel Karim Khalil QC urged jurors to act dispassionately given the "especially gruesome" allegations.

He told the court: "The prosecution case can be stated quite shortly – for many years Maynard-Ellis has harboured dark thoughts that have focused mainly on the sexual assault of women and their violent killing.

"He has shown a particular interest in certain themes involving serial killers and the dismemberment of bodies.

"His boyfriend, David Leesley, knew of these interests, since their flat was full of printed materials, DVDs and videos about serial killers and the violent sexual abuse of women."

Mr Khalil said of Maynard-Ellis: "We accept that his part in these horrific acts were the actions of a man with a disturbed mind, but they were not, we say, carried out in a state of heightened psychiatric panic.

"He knew what he wanted to do and he intended to do exactly what he did – it was the culmination of years of pent-up fantasy and desire."

Maynard-Ellis, a former film and TV student, told the jury he had not harboured any desire to "re-enact" horror movies, having lashed out with a rolling pin after Ms Rawson made "moves" towards him.

Addressing what happened to Ms Rawson on the weekend of May 11-12 last year, Mr Khalil told the court: "Julia could not have known that she was about to enter a 'flat of horrors' – but she must have realised this very soon after she went in.

"By way of description, there were numerous stuffed creatures on the walls, snakes and reptiles in tanks, and many gory face-masks of characters from horror films that Nathan Maynard-Ellis used to make."

Among items in the lounge, Mr Khalil said, was a model of somebody holding a knife, while swords and spiders were mounted on a wall.

Ms Rawson's body parts, including her severed head, hands and feet, were found on June 12 and 29 2019 at two different locations.

Jurors were told that both defendants behaved normally in the days after Ms Rawson was killed – with Maynard-Ellis appearing "very happy" as he celebrated his birthday on May 21.

Jurors deliberated for seven hours and 25 minutes before convicting Maynard-Ellis of murder, as well as four counts of rape and one of attempted rape relating to historical allegations made by a woman following his arrest.

He will be sentenced alongside Leesley, who was unanimously convicted of murder, at a later date.

Both defendants had admitted perverting the course of justice and concealing a body after the dismemberment of Ms Rawson's remains.

Adjourning the case, Mr Justice Soole excused the jurors from future jury service for the next seven years.

Speaking after the verdicts, Detective Inspector Jim Colclough said the victim's family had been left devastated.

The senior officer said: "Julia's family is really close-knit and really very private. It's clear Julia was a very talented artist, she was a good musician.

"She was a loving daughter and a loving sister. They are absolutely devastated by the whole trail of events that has taken place.

"I hope the result from court provides some form of closure at the very least for the family so that they can move on and carry their grief forward.

"It's been a terrible time and my heart really does go out to them."