What the papers say – November 9 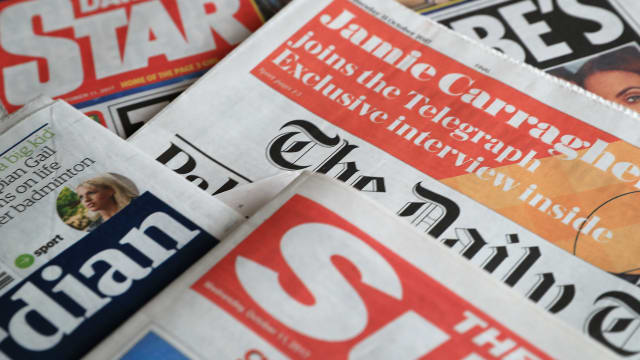 The US election continues to make headlines on Monday, while many papers carry pictures of the Queen on Remembrance Sunday.

The Daily Telegraph leads with calls for Donald Trump to vacate the White House “quietly” after the incumbent continued to cast doubt on the validity of the ballot won by Joe Biden.

And The Independent reports on the pressure on Mr Trump to concede defeat from former president George W Bush.

The Guardian says Mr Biden faces one of the “most daunting challenges” confronting any incoming president and predicts a “turbulent transition”.

Metro carries the headline “Trump the Grump”, while the i carries a picture of Mr Biden headlined “Hello, Mr President”.

The Daily Express focuses on Brexit, saying Britain and America are “ready to unite”, while the Financial Times says Mr Biden will look to “unravel” some of Mr Trump’s policies.

Away from the US, and The Times says the UK spy agency has started a cyber war designed to tackle anti-vaccination propaganda.

The Daily Mirror leads on a union warning NHS staff could leave “in droves” unless they receive a pay rise.

The Daily Mail carries further developments in the row over Diana, Princess of Wales’s interview on Panorama in 1995.

And the Daily Star reports on Shane Richie saying he is “skint” ahead of his appearance on I’m A Celebrity… Get Me Out Of Here!