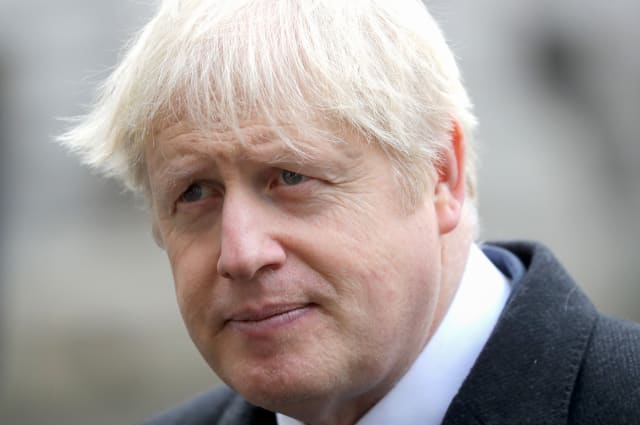 Boris Johnson will proceed with his controversial Brexit bill despite US president-elect Joe Biden having previously warned the UK over the draft legislation.

The Prime Minister told broadcasters, after congratulating Mr Biden and vice president-elect Kamala Harris on their victory, that he intended to push ahead with the Internal Market Bill, with peers due to vote on it this week.

The bill would override clauses in the Withdrawal Agreement relating to Northern Ireland and the Government has admitted it breaks international law.

Mr Biden, who has Irish heritage, in September warned that the Good Friday Agreement cannot be “a casualty of Brexit” and said a UK-US trade deal would be dependent on the peace terms being upheld.

Mr Johnson, asked on Sunday whether he was determined to pass the bill in the face of Mr Biden’s criticisms, said: “Yes, as I told Ursula (von der Leyen, European Commission president) the parliamentary timetable goes ahead.

“The whole point of that bill, and indeed the Finance Bill, is to protect and uphold the Good Friday Agreement and the peace process in Northern Ireland.

“And again, that’s one of the things that we’re united on with our friends in the White House.”

The Foreign Secretary said Britain had listened “very carefully to our American friends”, including those in the powerful Irish lobby in Washington, about their concerns regarding Brexit’s impact on Northern Ireland.

But Dominic Raab told BBC One’s Andrew Marr Show he remained “confident we will navigate all of those issues sensitively, correctly”.

Labour leader Sir Keir Starmer, however, has called on Downing Street to scrap the Brexit bill if it wants to build a world-leading alliance with the Biden administration, which is due to be inaugurated in January.

“We will soon have a president in the Oval Office who has been a passionate advocate for the preservation of the Good Friday Agreement,” Sir Keir wrote in an article for The Guardian.

“He, like governments across the world, will take a dim view if our Prime Minister ploughs ahead with proposals to undermine that agreement.

“If the Government is serious about a reset in its relationship with the United States, then it should take an early first step and drop these proposals.”

President Trump has been a vocal supporter of Brexit over the past four years while rallying against the EU’s tariffs on US products.

Ex-Liberal Democrat leader Mr Clegg, who met regularly with Mr Biden when he was vice president under Barack Obama, told BBC Radio 4’s Westminster Hour: “Joe Biden is immensely proud of his Irish roots – he quotes Seamus Heaney at the drop of a hat.

“This means something to him,” added the California-based Facebook employee.

“So the UK will now be conscious of the fact that they have a US president who’ll be focusing in a completely different way to Donald Trump on the impact of the Brexit deal – or still worse, a no-deal on a country, Ireland, that he really treasures and crucially on those sets of agreement, the Good Friday Agreement and others, that he thinks should be treated as sacrosanct.”