In Pictures: 100 years since the burial of the Unknown Warrior 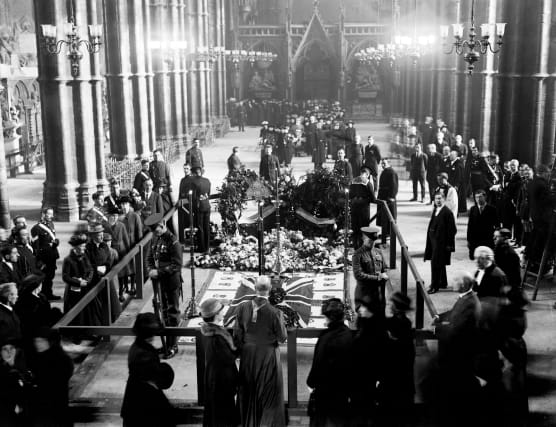 The Queen has made a poignant pilgrimage to the grave of the Unknown Warrior in Westminster Abbey to mark the centenary of his burial.

A royal aide described the service as “deeply personal” for the monarch, who was married at the abbey in November 1947, and in tribute to the symbolic serviceman she left flowers, based on her wedding bouquet, at his final resting place.

The Unknown Warrior represents First World War dead whose place of death is not known or whose remains are unidentified. This year marks the 100th anniversary of the interment on November 11 1920.

The grave, which contains soil from France, is covered by a slab of black Belgian marble. It is set in the abbey’s nave by the Great West Door.

The late Queen Mother established the tradition of royal brides sending their wedding bouquets to the abbey to be placed on the grave.