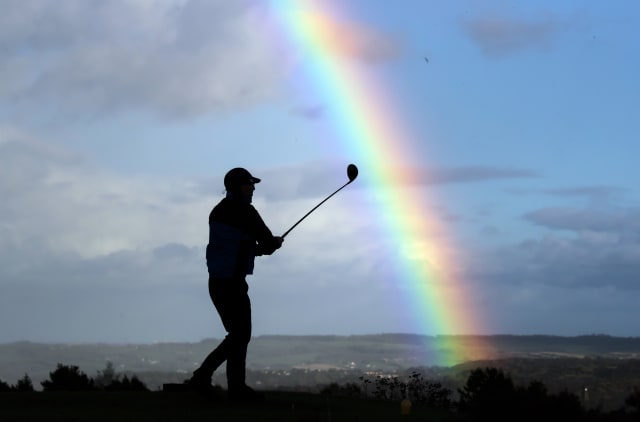 A former sports minister has called on the Government to reconsider its ban on outdoor sports, saying the current restrictions do not make sense.

Under national lockdown restrictions for England, outdoor sports including children’s sports outside of school settings have been shut down until December 2.

The rules have been widely criticised, including by football pundit Robbie Savage who branded the ban on most children’s grassroots sports “nonsensical”.

On Sunday, former Conservative frontbencher Tracey Crouch expressed her sympathies with those frustrated by the rules and called for compromises from the Government.

She told BBC Radio 4’s The Westminster Hour: “I appreciate that some might think it’s just a month, but actually a month is a long time when for many people, sport is as much about therapy as it is about their own physical health.

“And for youngsters, a month is an exceptionally long time.

“There certainly could have been compromises made.

“For youngsters playing competitive team sports, there’s no reason why you can’t just suspend competition but allow for training to continue.

“Then there are socially-distanced sports in themselves.

“To me that doesn’t make any sense.”

The MP for Chatham and Aylesford gave examples of golf and tennis, telling the programme they bring joy and should still be allowed to continue.

Michael Gove was previously forced to apologise for wrongly suggesting that people would be able to play singles tennis or golf in pairs during the lockdown.

Ms Crouch continued: “I appreciate it’s challenging for the Government because once you start opening something, then someone else comes up and says, ‘what about me – how come you can still do this, but you can’t do that?’.

“So I do understand the decision that the Government has taken, but I think it’s the wrong decision.”

The Government’s chief scientific adviser Sir Patrick Vallance has previously admitted he is not aware of any instance where infection had spread between children playing football outdoors – but said it was for policymakers to decide what is and is not allowed.

On Thursday, Culture Secretary Oliver Dowden said grassroots sports will be among the first areas of society to reopen once it is deemed safe.

During Department for Culture, Media and Sport questions at the House of Commons, Mr Dowden said: “I know that football clubs large and small make a huge contribution to their community on and off the pitch.

“And I can assure my honourable friend they won’t be forgotten.

“As soon as we’re in a position to start lifting restrictions, grassroots sports will be one of the first to return.

“But, until then, we have made sure that families can keep exercising throughout this lockdown so I would urge people to get out and get fit.”

He added swimming pools, gyms and golf courses would all be “at the front of the queue to return when these restrictions expire”.