From the polls to Potus: What happens now? 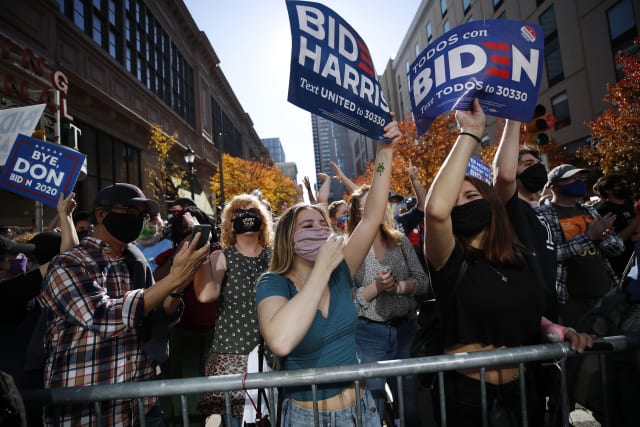 An election result may have finally been called for Joe Biden, but with more than two months to go until the president-elect is officially sworn in, the electoral process has only just begun.

In a typical election cycle, the new president would only have to face the wait for the electoral college and inauguration, but 2020 also brings recounts, legal actions, and the risk Donald Trump will fail to concede.

The delay in a winner of the 2020 election being announced stemmed primarily from the unprecedented wealth of mail-in and absentee ballots cast as a result of the coronavirus pandemic.

But while the counting of votes took longer than usual this year, it still came well under the parameters set by federal law, which requires all votes to be tabulated by mid-December for the meeting of the electoral college.

Each state sets its own deadline for votes to be counted and many allow postal votes that arrive after November 3 to be accepted, as long as they were postmarked on or before election day.

For example, officials in North Carolina will count mail-in ballots that arrive up to 5pm local time on November 12.

As Americans wait for the final votes to be counted, recounts are likely in several states.

Georgia has announced a recount and a recount has been requested by the Trump campaign in Wisconsin, under state law which allows recounts if the candidates are within 1% of each other.

A recount is allowed under Pennsylvania state law if there is less than half a percentage point between the two candidates, which would then need to be completed by November 24.

As one of the most litigated presidential elections in US history, around 300 lawsuits relating to the race have already been filed.

Many focus on two topics – what date postal votes can be counted until, and claims observers have not been adequately allowed in the counting rooms.

The Trump campaign has recently brought lawsuits in the battleground states of Pennsylvania, Georgia, Michigan and Nevada, all of which were crucial to Mr Biden’s win.

Most of these have been dismissed, but the Trump campaign has vowed to file more cases next week.

In a statement issued while golfing at his club in Virginia, Mr Trump said: “The simple fact is this election is far from over.

“Joe Biden has not been certified as the winner of any states, let alone any of the highly contested states headed for mandatory recounts, or states where our campaign has valid and legitimate legal challenges that could determine the ultimate victor.

“Beginning Monday, our campaign will start prosecuting our case in court to ensure election laws are fully upheld and the rightful winner is seated.”

There is one election case currently in the US’s highest court after it upheld a decision to allow postal votes that arrive up to three days after the election to be counted in Pennsylvania.

While the ruling left open the possibility of revisiting the decision, votes that arrived after 8pm on November 3 make up a small fragment of the total vote count.

After disputes are settled next month, the electors of the electoral college will meet in their respective states and cast their votes for president and vice president on separate ballots.

The next step comes on January 6, when these votes are then counted in a joint session of Congress.

The electoral process will finally conclude on January 20, when Mr Biden takes the Oath of Office and is officially sworn in as president of the United States.

Fears have swirled that Mr Trump will simply refuse to concede, given his repeated, unevidenced claims the election has been “stolen”, and his refusal to commit to a peaceful transition of power.

Mr Giuliani indicated there would not be a concession speech from Mr Trump any time soon, telling reporters on Saturday: “Obviously he’s not going to concede when at least 600,000 ballots are in question.”

This has been addressed by the Biden campaign, which previously released a statement reading: “As we said on July 19, the American people will decide this election.

“And the United States Government is perfectly capable of escorting trespassers out of the White House.”