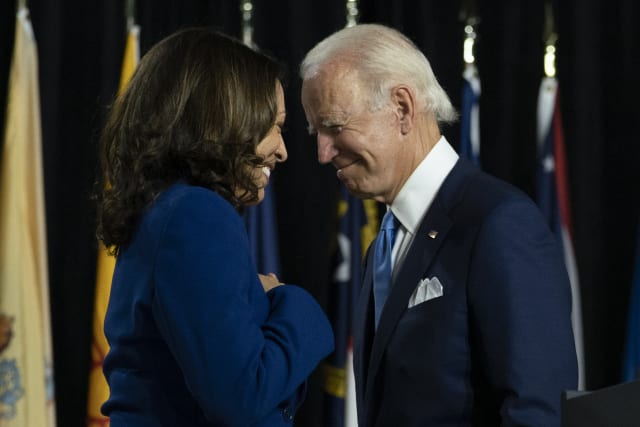 Mr Trump had been a favourite target of Hollywood during his time in the White House and the entertainment industry came out overwhelmingly in support of Mr Biden and his running mate Kamala Harris.

Mr Biden's victory was called on Saturday after he was projected to win Pennsylvania, giving him an insurmountable lead.

Celebrities were quick to react on social media.

Oscar-winning actress Reese Witherspoon described it as a "monumental day" and welcomed Ms Harris becoming the first vice president of the United States.

She said: "No matter what side you are on, let's take a moment to recognize how far women have come in this country.

"Thinking about all those who shattered glass ceilings and paved the way for a woman to * finally * be Vice President of the United States makes me so emotional.

"Sojourner Truth. Harriet Tubman. Shirley Chisholm. Ruth Bader Ginsburg. Kamala Harris. I salute them all. And to the young girls of our nation... DREAM BIG. Anything is possible."

TV presenter Chrissy Teigen has been a frequent critic of Mr Trump, who once called her "filthy-mouthed".

After news of Mr Biden's victory was announced, she tweeted: "My god it feels like I just took off a weighted blanket, unhooked my bra and taken out my extensions all at once."

An emotional Lady Gaga, who had campaigned for Mr Biden and Ms Harris, wiped away tears in a video message posted on Instagram.

She said: "I hope that all the women know in this country there is a real, real reckoning, a real change. And I hope the people whose voices, who have been oppressed by power, I hope that you know your voices were heard."

Gaga added: "I am honestly kind of speechless. This is a very special day. A day where a lot of people who have felt we were living in a state of terror and aggression all the time, but it's over. You can feel warm now."

Alec Baldwin has won acclaim for his portrayal of Mr Trump on comedy sketch show Saturday Night Live. Alongside a screenshot of TV news declaring Mr Biden the winner, he wrote: "Amen..."