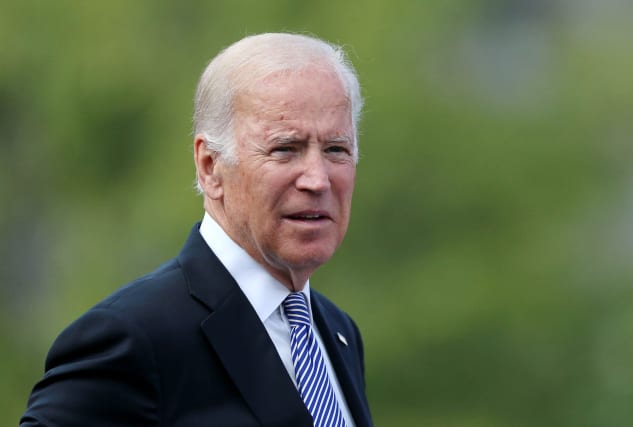 Boris Johnson has pledged to "work closely with whoever" is US President but Joe Biden's election victory could present issues on Brexit and the Irish border.

The US-UK relationship has been turbulent under Donald Trump, although he has repeatedly praised Boris Johnson and backed Brexit.

A Biden administration would be expected to put a much greater focus on international diplomacy – including with the UK – than the Trump White House's "America first" agenda.

While Mr Johnson has enjoyed a largely friendly relationship with Mr Trump – a leader he has been keen to strike up a rapport with since entering Downing Street, likely fuelled by the Government's desire to strike a trade deal with Washington – he has not met former vice-president Mr Biden.

UK efforts to get close to Mr Biden were rebuffed as his campaign team adopted a policy that it would not hold meetings with foreign dignitaries in the run-up to the November 3 polling day.

Speaking to broadcasters on Friday before the election result was revealed, Mr Johnson said: "The Prime Minister of the United Kingdom is always going to work closely with whoever is the President of the United States.

"That's going to be the case whatever the outcome of this election."

The Conservative Party leader has been keen to stress that the so-called special relationship will remain unimpeded but there could be trouble ahead given previous utterances from the president-elect about the Prime Minister and Northern Ireland in the past.

In December 2019, Mr Biden labelled the Prime Minister a "physical and emotional clone" of Mr Trump.

Mr Biden has already issued a stark warning about Mr Johnson's apparent willingness to tear up the Brexit divorce deal over measures aimed at addressing issues around the Irish border.

The 77-year-old, who has Irish roots, has warned the Good Friday Agreement cannot become a "casualty of Brexit" and any future UK-US trade deal would be contingent on respect for the accord.

Foreign Secretary Dominic Raab has sought to play down the Internal Market Bill row, insisting he understood the importance of the Good Friday Agreement to Democrats – Bill Clinton helped broker the deal – and the influence of the Irish lobby.

He said he had met Democrats and "explained the UK position and that actually we have been clear all along that there is no threat to the Good Friday Agreement" from Brexit.

Mr Rifkind told Times Radio: "I suspect 10 Downing Street, although it will never say this, will actually also be slightly relieved that they will be dealing with an American president who'll be predictable, who will not tweet policy when he wakes up in the morning and who will therefore be able to be part of a coherent approach to the issues that we'll face in government."

But Lord Kim Darroch, the former ambassador to the US who was forced to quit last year after frank diplomatic cables referring to Mr Trump were leaked, admitted relations would not start in the "perfect place".

Mr Biden is expected to focus on improving US links around the world after Mr Trump strained key international relationships, including with Europe and Nato.

After Brexit, there is speculation that Berlin rather than London may be his main focus in Europe.

Mr Raab has said that while the "contours" of the special relationship will be different under the new president, the "bedrock" – based on strong cultural, economic and security ties – will endure.

One area where things will improve is on the international effort to tackle climate change.

Mr Biden has signalled his intention to rejoin the Paris accord after Mr Trump pulled the US out, something that will be welcomed in Westminster as the UK prepares to host the delayed United Nations Cop26 climate summit.