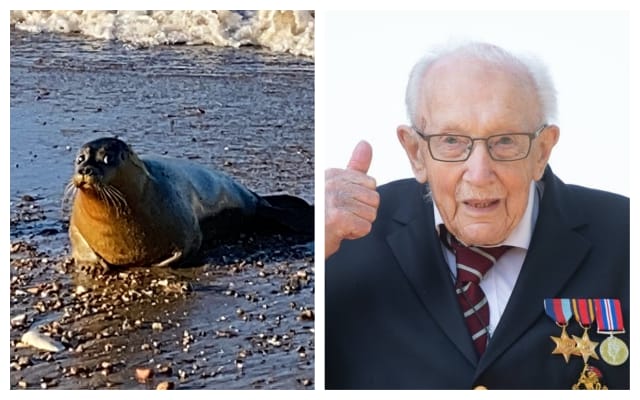 An orphaned seal pup named Sir Tom Moore is to be released back into the sea after being rescued from a near-death situation earlier this year.

The young marine mammal was rescued from Holkham beach in North Norfolk in May after being discovered alone on the sand, weighing only nine kilos.

Rescuers said the seal – which had been separated from his mother – would have had no chance of survival had he been left to fend for himself.

The pup was then sent to SEA LIFE Hunstanton, where he was raised and named after 100-year-old fundraising hero Captain Sir Tom Moore.

Having completed his rehabilitation, thanks in part to a nutritious diet of fish soup, Sir Tom is set to return to the North Sea next week.

SEA LIFE Hunstanton holds a seal rescue centre which specialises in rescuing, rehabilitating and releasing pups into the wild.