FTSE notches up best week since June amid US vote count 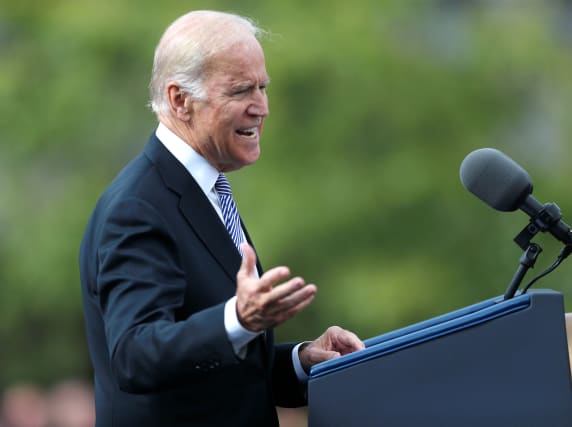 After four strong days this week as votes were cast and tallied in the US, global markets remained fairly flat on Friday.

It helped the index to its best week since the beginning of June, gaining 333 points since last week’s close.

Last week was the worst that the FTSE 100 had since the middle of June.

Traders have kept their eyes on the US presidential election all week, pushing many global indexes higher when the pre-election polls indicated Joe Biden would win, but even higher on Wednesday morning when the election seemed closer than had been expected.

On Friday the first news outlets started to call Joe Biden as the winner of Pennsylvania, which would take him above the 270 electoral college votes needed for him to win.

But markets had already priced a Biden win in at that point, analysts said. The Dow Jones was down 0.1%, while the S&P 500 had not changed at all by the end of play in Europe.

“Exhausted after the giddiness displayed earlier in the week, the news that Joe Biden has likely won Pennsylvania – and therefore the Presidency – failed to move the Dow Jones,” said Spreadex analyst Connor Campbell.

“With the Dow flat the European indices weren’t interested in doing much. The Dax and Cac trimmed their mid-morning losses, spending the afternoon down 0.5% and 0.3% respectively.”

Votes are still being tallied, and a final result in the election will likely be delayed. Mr Biden is ahead by only 1,584 votes in Georgia.

The FTSE 100’s miners led the way for the index, ensuring that struggling stocks like Rolls-Royce and British Land did not pull it lower.

In company news, Mike Ashley watched his fortune increase, as Frasers Group’s shares rose by 1% even as the company confirmed it will not open any stores in England during the new lockdown.

Redrow rose by 1.4% after it reported high demand for homes with offices because people are getting used to working from home.

EasyJet said it plans to slash its flight schedule across Europe as new restrictions are put in place to slow the spread of coronavirus. Shares dropped by 2.6%.