Calls for further restrictions in Wales’s valleys after firebreak 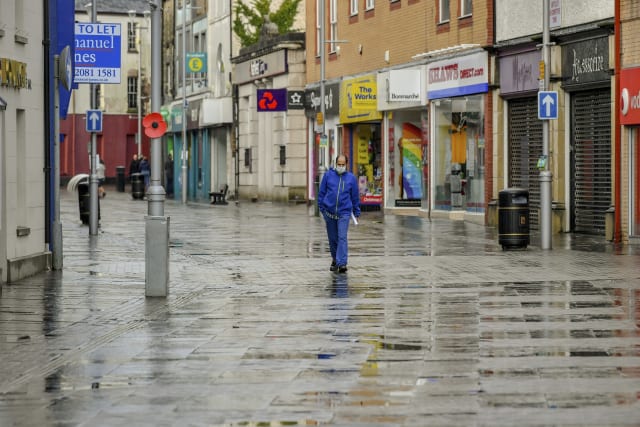 The Welsh Government has faced calls to extend lockdown in the south Wales valleys as the number of coronavirus cases continue to rise there.

The country will adopt a new set of national rules when Wales’s 17-day firebreak lockdown ends on Monday. But people fear these new rules will not be enough to tackle the virus as there are more Covid-19 patients in Welsh hospitals than there were during the April peak of the first wave.

On Friday, health minister Vaughan Gething said it would be a “massive breach of trust” if lockdown restrictions were extended for the hardest hit areas in the country including: Merthyr Tydfil, Rhondda Cynon Taf, and Blaenau Gwent.

But the Welsh Conservatives called on the Welsh Labour Government to “urgently” explain what steps it will take if case numbers fail to drop in places like Merthyr Tydfil.

Paul Davies, leader of the Welsh Tories in the Senedd, told the PA news agency: “Today it is clear that the Welsh Government wants us to cross our fingers and just hope that their two-week lockdown has worked.

“I just don’t understand why the Welsh Government won’t outline what action they’re going to take to ensure that the number of Covid cases in Merthyr Tydfil, which is the highest number per 100,000 in the UK, doesn’t get any worse.

“There appears to be no contingency plan in place beyond the Welsh Government’s new surge teams to help contact tracers where there’s a sharp rise of cases. But in Merthyr the cases are already high.

“The Welsh Government needs to urgently explain what their plan is to get cases down in these areas if the national lockdown has not worked.

“It appears incredibly worrying for the Welsh Government to ban travel from high Covid areas in England before the lockdown there, and yet in Wales we’re free to travel between high and low cases areas with no restrictions.”

The shadow health minister, Andrew RT Davies, said the Welsh Government should reconsider easing restrictions in Merthyr, Rhondda Cynon Taf, and Blaenau Gwent if they were “to apply their Covid logic and policy consistently”.

“Welsh Conservatives have called for targeted intervention in the hotspot areas in Wales and we once again repeat that call today,” he said.

Elsewhere, a consultant hepatologist at Cwm Taf Morgannwg University Health Board which serves Merthyr, said he believed rising cases meant the town may have to stay under lockdown for “weeks, even months”.

Dr Dai Samuel also said the rise in cases were down to people not following the Covid regulations.

He told BBC Radio Cymru: “It’s hard following the rules for months and months, and everyone is tired of the rules, me included.

“It’s hard to say we’re going back to normal on Monday when the numbers are still rising.

“Personally, I think Merthyr may have to stay stay under lockdown for weeks, even months to come.”

The leader of Merthyr Tydfil council, Kevin O’Neill, also told the radio station that he wanted a “gradual move out” of lockdown for the area after lockdown ends on Monday.

He also called for the 10pm curfew for alcohol sales to be scrapped in Merthyr, saying that before the firebreak, people had been going back to their homes for house parties after pubs closed.

At the Welsh Government’s Covid press briefing, Mr Gething said he would not consider extending the firebreak for places with rising numbers of cases.

He said: “I think a massive breach of trust in extending the firebreak – past the period we said it would end – would have much greater consequences for people doing what we all should, in terms of changing the way we live our lives and the trust people have within government.

“I don’t think we can underplay how serious and significant it would be if we decided to extend the firebreak on Monday at the very end.”

But he added that if “sustained localised increases” continued in parts of the country “we’ll be prepared to take measures that are appropriate.”

Mr Gething repeated that the effects the firebreak would have on the number of new cases would not be seen for two or three weeks after it ends.

Asked whether a decision about future restrictions would be made in the last week of November, two weeks after the firebreak ends, Mr Gething  said he would not answer “hypotheticals”.

He added: “If we need to do more to keep the people of Wales safe, then we will do.”

Plaid Cymru’s  shadow health minister Rhun ap Iorwerth said Wales should introduce “a more enhanced set of rules” for areas where there are clusters of the virus.

“This should be backed with significant community and financial support until infection levels are brought back under control,” he said.

On Friday, Public Health Wales said there were a further 1,352 cases of coronavirus in Wales, bringing the total number of confirmed cases to 58,279.

It also reported another 13 deaths, taking the total in Wales since the start of the pandemic to 1,982.