Britain must ‘step up our game’ over electrification of railways 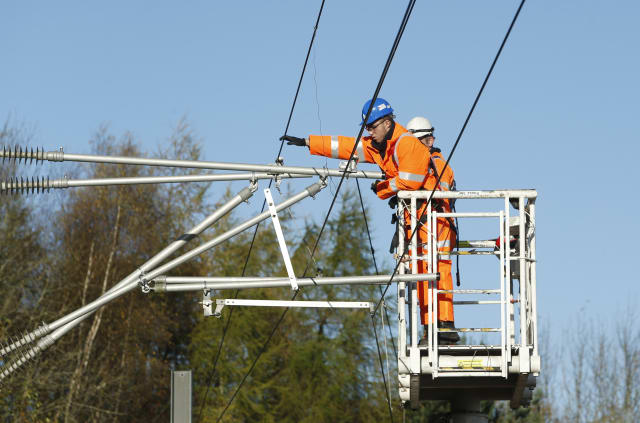 Improvements to Britain’s railways must speed up as new figures show less than 40% of the network is electrified, a charity has claimed.

The Campaign for Better Transport (CBT) said a rolling programme of electrification is vital for the UK to meet its target of reaching net-zero carbon emissions by 2050.

Data published by rail regulator the Office of Rail and Road shows 156 miles (251km) of track was electrified in the year to March 31, due to work on the Great Western and West Anglia lines.

Separate ORR figures show 648 million litres of diesel were used by passenger and freight trains in 2019/20.

But electrification plans in South Wales, the Midlands and the Lake District were axed or downgraded in July 2017 by then-transport secretary Chris Grayling.

The decision came amid cost overruns on projects such as the Great Western route, where the original budget was exceeded by around £2 billion.

“Only 38% of the railway is electrified. We need a rolling programme of electrification to meet the Government’s net zero targets.

“And too many communities are unable to access the rail network. New or reopened rail lines and stations could transform these places.

“Now more than ever, we need investment in rail infrastructure. Not just to enable more sustainable travel, but to create jobs, tackle social exclusion and help the economy to recover.”