‘The people have spoken’: how previous presidential candidates accepted defeat 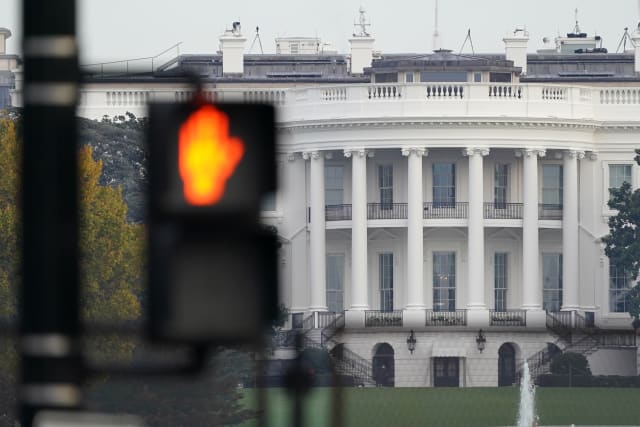 While a presidential election can be divisive and bitterly fought, a concession speech by the defeated candidate is a way of attempting to soothe divisions and call for unity.

As the world waits for the results of the latest leadership race, the PA news agency looks at how previous presidential contests came to an end.

George HW Bush told his supporters that the “people have spoken” when conceding defeat to Bill Clinton following the 1992 presidential election.

Taking to the stage at a hotel in Houston, Texas, to cheers of “thank you George”, the 41st US president said he had called Mr Clinton to congratulate him.

“Here’s the way we see it and the country should see it – that the people have spoken and we respect the majesty of the democratic system,” Bush Snr told his supporters.

“I just called Governor Clinton over in Little Rock and offered my congratulations. He did run a strong campaign. I wish him well in the White House.

“And I want the country to know that our entire administration will work closely with his team to ensure the smooth transition of power.”

When conceding defeat to Donald Trump in 2016, Hillary Clinton called on supporters to accept the outcome of the election and ensure a smooth and peaceful handover of power.

The former first lady said the election race had revealed that “our nation is more deeply divided than we thought”, but said she hoped that Mr Trump would be “a successful president for all Americans”.

During an address in New York, the Democratic candidate told supporters: “We must accept this result and then look to the future.

“Donald Trump is going to be our president. We owe him an open mind and the chance to lead.”

In a clip that has resurfaced on social media, Republican candidate John McCain said it was his honour to congratulate Barack Obama on his victory in 2008.

Addressing his supporters outside of his election headquarters in Phoneix, Arizona, Mr McCain gestured to the crowd to stop booing for his Democratic challenger.

“In a contest as long and difficult as this campaign has been, his success alone commands my respect for his ability and perseverance,” Mr McCain said.

“But that he managed to do so by inspiring the hopes of so many millions of Americans, who had once wrongly believed that they had little at stake or little influence in the election of an American president, is something I deeply admire and commend him for achieving.

“This is an historic election and I recognise the special significance it has for African-Americans and for the special pride that must be theirs tonight.”

Following a close presidential race in 2000, Democratic candidate Al Gore privately called George W Bush to concede and offer his congratulations to the “president-elect” – only to retract his concession shortly afterwards.

Following a legal battle over votes in the pivotal state of Florida – which he lost, and so ended his campaign – Mr Gore once again called Bush Jnr to offer his concession and addressed the nation.

“And I promised him that I wouldn’t call him back this time,” he joked.

Mr Gore said he had offered to meet with the president-elect to “start to heal the divisions of the campaign, adding: “Neither he nor I anticipated this long and difficult road.

“Certainly neither of us wanted it to happen. Yet it came, and now it has ended, resolved, as it must be resolved, through the honoured institutions of our democracy.”