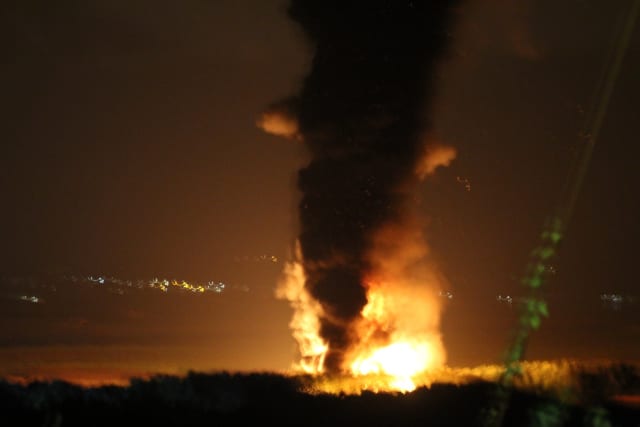 Urgent safety advice has been issued following the derailment of a diesel-carrying freight train in South Wales which led to a major fire.

Firms responsible for maintaining wagons which usually carry dangerous goods should review their processes to manage the risk of brake failure, according to the Rail Accident Investigation Branch (RAIB).

This should include assessing the competence of employees and the security of fastenings.

The advice was issued as part of the RAIB’s investigation into the freight train derailment near Llanelli on August 26, in which 330,000 litres of fuel were spilled.

A huge blaze led police officers to declare a major incident and evacuate 300 people from their homes.

A preliminary RAIB report published in September found that some of the train’s wheels were damaged by a fault with the brakes after a component became loose.

Investigators said there was “no record of any check on the tightness of the fastenings ever having been made”.

The train, owned by DB Cargo UK, was travelling from Robeston oil refinery in Milford Haven, Pembrokeshire, to a fuel distribution terminal in Theale, Berkshire.

It was travelling at around 30mph when the derailment happened.