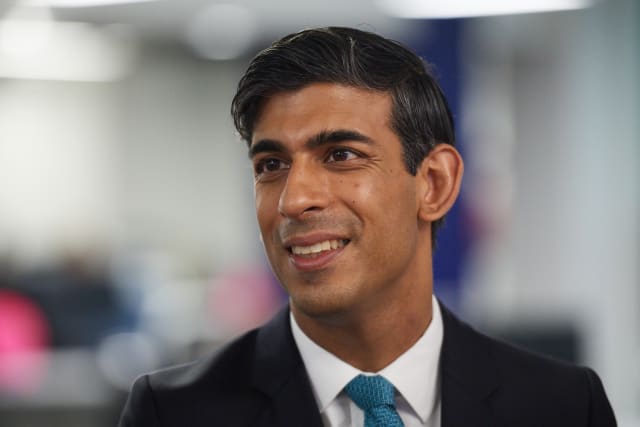 The jobs furlough scheme is being extended until the end of March, Rishi Sunak has told the Commons in a major Government U-turn.

The Chancellor said the move is needed because of the economic situation caused by the Covid-19 pandemic.

The extension has received a broadly positive response from business and unions, but some financial experts have raised questions about the Chancellor’s stance.

He had previously extended the furlough throughout November due to the second national lockdown in England.

The Chancellor told MPs: “We can announce today that the furlough scheme will not be extended for one month, it will be extended until the end of March.

“The Government will continue to help pay people’s wages up to 80% of the normal amount.

“All employers will have to pay for hours not worked is the cost of employer NICs and pension contributions.

“We will review the policy in January to decide whether economic circumstances are improving enough to ask employers to contribute more.”

The move comes after the Government continually resisted pressure to extend the furlough scheme, which pays 80% of wages up to £2,500 a month and was originally supposed to end in October.

It is understood the Treasury has not put a cost on extending the furlough initiative through to March as it will depend on take-up levels. But it has so far cost about £5 billion a month.

But Paul Johnson, director of the Institute for Fiscal Studies (IFS), tweeted he was “taken aback” by the Chancellor’s move.

He said: “Basically return to March schemes (dreamt up on the hoof in 24 hrs) as if nothing learnt since.

“Wasteful & badly targeted for self-employed. No effort at targeting sectors/viable jobs for employees. Big contrast to position just days ago.”

The Chancellor defended the Government’s actions in the face of the Covid crisis, stating: “Political opponents have chosen to attack the Government for trying to keep the economy functioning and to make sure the support we provide encourages people to keep working.

“And they will now no doubt criticise the Government on the basis that we have had to change our approach. But to anyone in the real world that’s just the thing you have to do when the circumstances change.”

He told MPs: “For self-employed people, I can confirm the next income support grant, which covers the period November to January, will now increase to 80% of average profits up to £7,500.”

Extending the self-employed grant will cost an additional £2.8 billion from November through to January, taking the cost of the scheme to £7.3 billion.

Mr Sunak bowed to pressure from the devolved administrations and said “upfront guaranteed funding” for them will increase by £2 billion.

“That has been the case since March, it is the case now and will remain the case until next March.

“I can announce today that the upfront guaranteed funding for devolved administrations is increasing from £14 billion to £16 billion.”

But Labour’s shadow chancellor Anneliese Dodds said the Chancellor is “always a step behind”.

She told MPs: “Businesses and workers have been pleading for certainty from this Government, but the Chancellor keeps ignoring them until the last possible moment after jobs have been lost and businesses have gone bust.

“Now when the lockdown was announced, the Prime Minister said furlough would be extended for a month – five hours before that scheme was due to end.

“And now, further changes. The Chancellor’s fourth version of his winter economy plan in just six weeks. The Chancellor can change his mind at the last minute, but businesses can’t.

“We need a Chancellor who is in front of the problems we face, not one who is always a step behind.”

Kate Forbes said: “I welcome the Chancellor’s positive, but long overdue announcement that the Job Retention Scheme will be extended until March 2021.

“We have repeatedly urged the UK Government to safeguard jobs by guaranteeing that this support will be available for as long as employers need it.”

Welsh economy minister Ken Skates welcomed Mr Sunak’s decision to extend the scheme, saying it is what Wales has been calling for “for some time”.

Tory MP Mel Stride, chairman of the Commons Treasury Committee, expressed concerns over self-employed workers who will miss out on improved measures for freelancers.

The Treasury Select Committee has been calling on the Government to provide extra support for more than a million self-employed workers who pay themselves in dividends.

Mr Stride told BBC Radio 5 Live: “I remain very concerned that this large group of people have not had the support that I and the committee believe that they should have received and should be receiving going forward, so it’s very unsatisfactory.”

TUC general secretary Frances O’Grady said the move was a “positive step” but called on the Chancellor to do more to help the self-employed.

She said: “He must offer help to those self-employed workers who are falling between the cracks.

“We also need an urgent boost to both sick pay and universal credit. No-one should be plunged into financial hardship if they have to self-isolate or if they lose their job.”