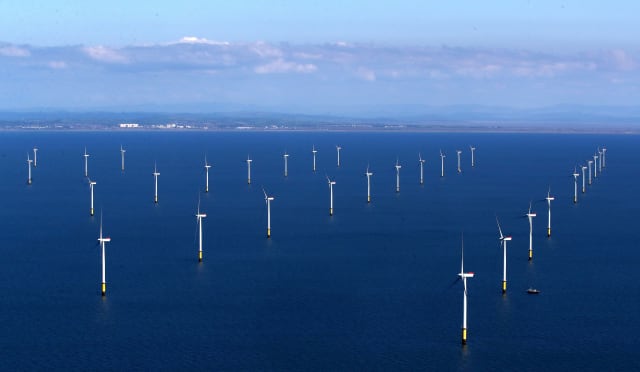 Scottish Power is planning to invest another £10 billion into the UK’s green recovery over the next five years, it has revealed.

The company said on Thursday that it will nearly double its renewable generation capacity, adding a further 2.4 gigawatts (GW) by the middle of the decade.

It is part of a larger plan by Scottish Power’s Spanish parent company Iberdrola to pour 75 billion euros (£67.2 billion) into renewables around the world.

“This is a huge, big wave of investment to help drive forward decarbonisation in each of the countries we operate in,” he told the PA news agency.

“We’re all talking in the UK about a green recovery and our view is that it is companies like us that are going to be at the forefront of creating a green recovery, of accelerating the road to net-zero and create jobs and apprenticeship opportunities.”

Last month, Mr Johnson promised all of the UK’s 30 million homes will be powered by offshore wind by the end of this decade.

The UK has a goal of reducing its emissions to net-zero by the middle of the century.

The green ambitions will need several more billions of pounds invested into the UK’s green plans.

“Statements and announcements from the Prime Minister become so important because that’s what sets the ambition and drags companies in and makes this look attractive,” Mr Morgan said.

“One of the best examples of this is that you now see oil and gas companies, companies like Shell saying ‘hang on a minute, we want to come and join the party’.”