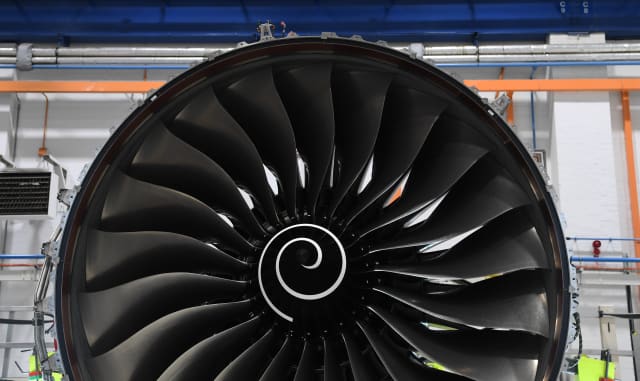 Nearly 1,400 jobs are being cut in the UK and globally at engine maker Rolls-Royce as it continues to swing the axe under a plan to slash its workforce by 9,000.

The Derby-based group confirmed proposals to cut around 950 jobs worldwide in its civil aerospace division and about a further 420 across its global facilities.

It said the job losses come as part of the 9,000 revealed in May, over 3,000 of which are in the UK, under a major reorganisation in the face of the pandemic.

Around two-thirds of the firm’s UK employees work in the civil aerospace division, but the group declined to comment on which British sites would feel the brunt of the latest cuts.

A Rolls-Royce spokesman said: “The global pandemic has hit our business hard.

“Although we have taken swift action and put many, often painful, mitigation plans in place, we must continue to further reduce our cost base so that we can safeguard the future of Rolls-Royce, return to breakeven and work towards our target of reaching positive cashflow in the second half of 2021.

“We are already undertaking the largest-ever restructuring of our civil aerospace business and have today proposed further measures to protect our business.”

He added: “We have opened up a voluntary severance programme to all civil aerospace employees in the UK.”

Rolls announced a £2 billion investor cash call in October as part of a mammoth package to bolster its balance sheet in the face of the pandemic.

The engine maker announced the rights issue alongside a bond sale to raise at least a further £1 billion, as well as another £2 billion in loan support.

It is also slashing costs across the business to weather the impact on the aerospace sector, which sent it slumping to a £5.4 billion loss in the first half of 2020.

The group had already ditched 4,800 roles by the end of the summer.

And in August, it revealed plans to shut its aerospace factory in Nottinghamshire and merge sites in Lancashire as part of the overhaul.

The firm is planning to close its site in Annesley by the end of 2022 in a move impacting around 120 staff, though the group is hoping most will transfer to its base in Derby.