Inquest to be held in case of missing airman Corrie McKeague 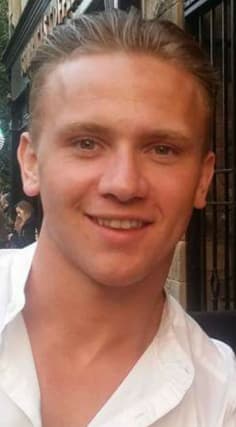 The mother of missing airman Corrie McKeague has said she is hopeful of getting answers as the family’s request for an inquest to be held was granted.

Mr McKeague, of Dunfermline, Fife, was 23 when he vanished on a night out in Bury St Edmunds in Suffolk on September 24 2016.

No trace of him has been found.

Writing on the Find Corrie Facebook page, his mother Nicola Urquhart said: “We have just heard, with excellent legal assistance, at our request the Suffolk coroner has applied to the Chief Coroner and we are getting a coroner’s inquest for Corrie.

“This process will take time, but we are extremely hopeful that this will give us answers.”

In a statement, Suffolk County Council said: “Following an application at the request of the family of Corrie McKeague, the Chief Coroner for England and Wales has directed the Senior Coroner for Suffolk to hold an inquest into Corrie’s death which there is reason to believe occurred on September 24 2016.

“A date for a short inquest opening hearing is yet to be finalised, but is expected to occur within the next two weeks.

“A pre-inquest review hearing will be held early in 2021.

“Corrie, a serving member of the Royal Air Force, is believed to have come by his death following a night out in Bury St Edmunds on September 24 2016 and extensive searches have not been able to find his body.”

The investigation into his disappearance was passed to cold case detectives in 2018.

Suffolk Police said the “most likely scenario” is that Mr McKeague went into a bin which was emptied into a lorry and ended up in the waste process.